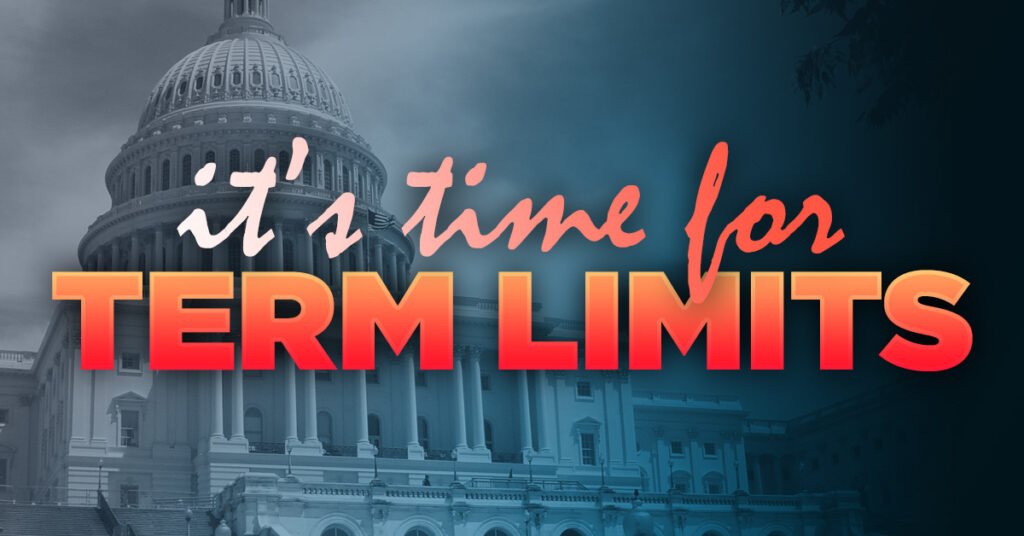 Term limits would fix many of our problems in having a perpetual class of elitist and entitled professional politicians. Think about it. We vote them into office, and they vote themselves raises, golden parachute retirement plans, grand vacations (they call them fact-finding missions), Platinum health care plans (and they’re free!), and exemption from many of the rules and edicts they pass to control we the people.

Political office was never meant to span a 60-year career from dog catcher to President. It was supposed to be the people electing the people to give a small piece of their life for a set period of time, nothing more. Public service at its finest. But we allow them to write the rules, and they purposely do not address term limits, though they do vote themselves raises over and over and over.

But now the people must demand term limits for the sake of the country. We can no longer allow rich elitist oligarchs to maintain iron-fisted rule over us in this dystopian version of “freedom”. They had nearly 250 years and all they’ve managed to do is to lead us down the path to bankruptcy, disease, wars, depressions, racial strife, and now we are a paper tiger, de facto agents of the Chinese Communist Party, unable to stand up to Russia or North Korea. Note: For the sake of transparency, over 90% of all Federally elected politicians and appointees leave office amazingly wealthy compared to their wealth when they entered office.

The following would be a simple, effective, and bulletproof law that would be safe from frivolous lawsuits and legal challenges if put in the U.S. Constitution. No ambiguity. No wiggle room. No unclear/unstated goals. No hateful or racist/homophobic/xenophobic/transphobic language can be found. No woke ideology. No ideology at all. Just terms and offices.

We currently have a class of thousands of “professional politicians” that live off of YOUR taxes in perpetuity. They go in broke and leave 40 years later with multiple mansions, huge bank accounts, sweetheart lobbying deals, or as in the case of the Bidens, you sell your soul to the Communist Chinese, Russians, Ukrainians, Venezuelans (or any Socialist/Communist Comrade) and make untold millions each year.