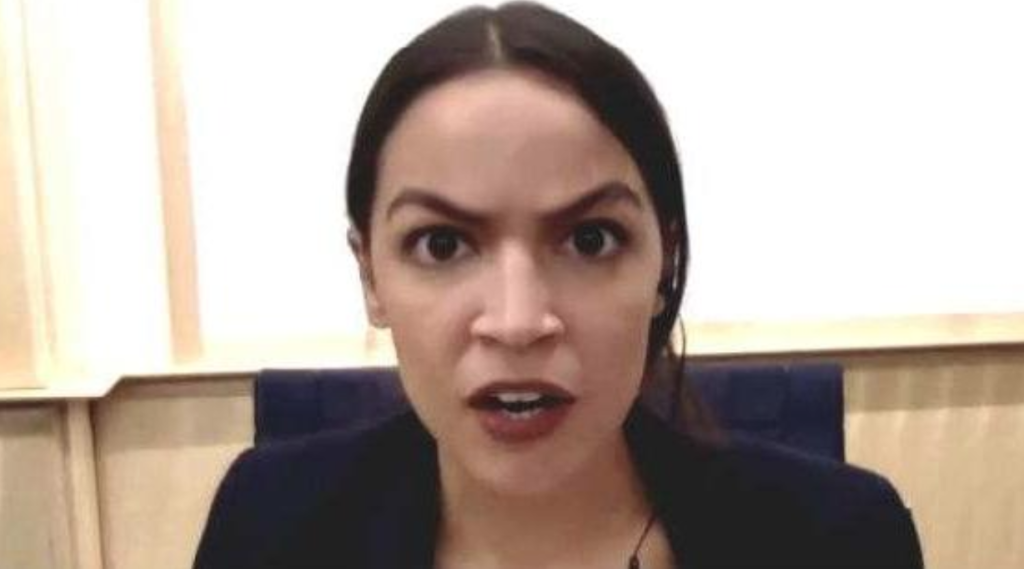 AOC continually denigrates anything and everything that conservatives say, and she always has a snarky, smarmy, arrogant and uninformed/ignorant response/quote to try and make herself seem as superior, or at least that she has the intelligence of your average watermelon.

Alexandria Ocasio-Cortez. A former waitress/bartender that took a dare and ran for office and nobody else was running, and surprise surprise surprise, she won! She’s not done much politically except to deride Trump, white people, Republicans in general, and America as being a racist hating country. That’s quite a promotion. She went from one day allowing strange men to suck shots of booze from between her breasts to running the country!

I was asked, by a Socialist why I have such a low opinion of this obviously Mensa material lady. I will answer that with the following…

“Under capitalism, man oppresses man. Under socialism, it’s the other way around.”

“To me, what socialism means is to guarantee a basic level of dignity.”

She claims the United States must have “respect for the right of human mobility, because it is a right.”

“We need to invent technology that has never even been invented yet.”

“I don’t think most of Congress understands how economics work.”

“If people were actually concerned about undocumented people, the clear solution would be to offer documentation. It’s safer and secure for everyone.”

“Yellow cab drivers are in financial ruin due to the unregulated expansion of Uber.”

“I see people rushing out to fill up their cars for this hurricane at the gas station. This wouldn’t be an issue if they had electric cars. If the power is out for a week, how are they going to get gas? We need to start planning ahead and moving forward.”

Then there are these…

She professes to never have seen or heard a garbage disposal before.

She was dumbfounded and amazed when she visited a local “citizens garden” and was told that plants come from little seeds you plant in the ground and then water. Who knew, right?

She said defeating “global warming” is like when the Allies defeated Nazi Germany and if we don’t do something people are going to die.

The world is going to end in 12 years (this was 2 years ago) if we don’t end man-made global climate change NOW!

It’s a difficult time for immigrants, women, and survivors (???) because in America there is no reliable access to health care.

She makes $176,000 a year salary and complains about the price of an apartment (w/ a garbage disposal).

She single-handedly nixed a deal w/ Amazon to bring $30 BILLION worth of employment (25,000 employees) to her district because they asked for a $3 billion tax-break. She said she can “spend that $3 billion on other things we need more.”

This is why I think she’s stupid, uninformed, and a dangerous Socialist minion of Joe Biden and Barack Obama.