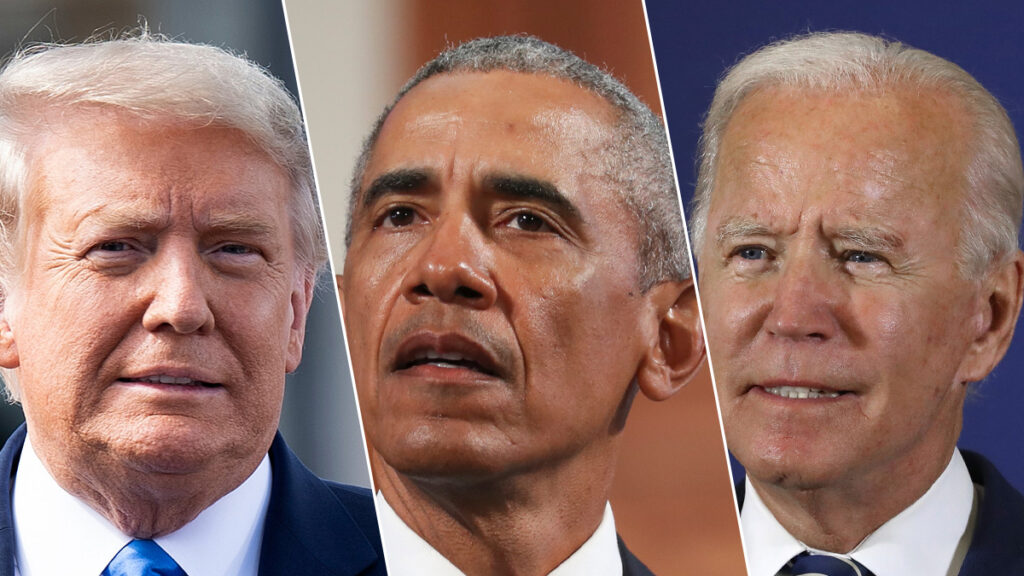 Obama:
– bombed 7 countries
– deported 2M people
– started 11 wars
– the economy dropped 47%
– greatly increased racial tensions with his divisive rhetoric
– all this in only 8 years!
The Media said that he was the best.

Trump:
– the economy rose 85%
– the stock market rose 78%
– He was the first President not to start a war
– had the lowest unemployment rate in all of history
– had by far the lowest BLACK unemployment rate in US history
– made peace with more than 11 countries
– made America energy independent. We exported oil for sale instead of importing it for the first time in history
– he made countries start paying their fair share for the United Nations
– raised jobs to extreme levels
– he enacted the development of the Wuhan virus vaccines we are using today
– he sent humorous and “mean” tweets
– all this in only 4 years!
The same Media said (and still maintains) that he was the worst.

Biden:
– inflation raised at the fastest and highest rate since WWII
– wages remained stagnant or regressed due to an influx of illegals allowed to work for less than their American counterparts
– engineered the disastrous retreat from Afghanistan losing $84 BILLION in US military hardware to Taliban terrorists and costing hundreds of lives
– stranded Americans in Afghanistan to bring in 10’s of thousands of unvetted, young Afghan men (8 out of 10 brought here by Biden were men, NOT women and children)
– shrank the economy tanked with fake and hypocritical Wuhan virus mandates and fines
– the economical disaster was exacerbated by the $$$TRILLIONS$$$ Biden and admin gave away with trillion dollar “infrastructure” bills
– trying to give illegal border crossers $450,000 EACH because they were refused admission under Trump
– opened the borders to all people from all nations and flew hundreds of thousands in. So far in 2021, over 2 million illegals are known to have entered US
– requires Americans to be vaccinated and masked, yet illegals pouring in are exempt from all Wuhan virus rules and mandates. Shots not required. Masks not required. Quarantine not required. It might “offend” them and “they won’t be here long” is the equivocation from the White House
– refuses to track illegal aliens as it may offend them. Asks for them to “self-deport”
– takes credit for creating the Wuhan virus vaccines developed under the Trump administration
– says Americans are not paying their “fair share” for gasoline. $8 a gallon is the goal
– says that Jussie Smollett is innocent and was the victim of a hate crime
– paying people to sit at home and not work in perpetuity
– millions of job openings across the country remain unfulfilled
– is not mentally cognizant enough to know what a “tweet” is
– likes cookie dough and chocolate-chip ice cream
– all this in only 11 months!
The Media calls Biden the savior of America after the previous Administration believed in a racist and nationalistic “America First” approach. The Biden mantra is (depending on the day) “America Last” and/or “Death To America”.

But of course, Obama is still the Gold standard for the Socialist’s media wing (CNN, MSNBC, ABC, CBS, NBC, NPR, NYT, etc.) and will be until a black transgender woman that is married to a 9-year old comes along and they’ll fall in love with she/he/him/her/it/they/them, or whatever it identifies as. It is what the MSM does.