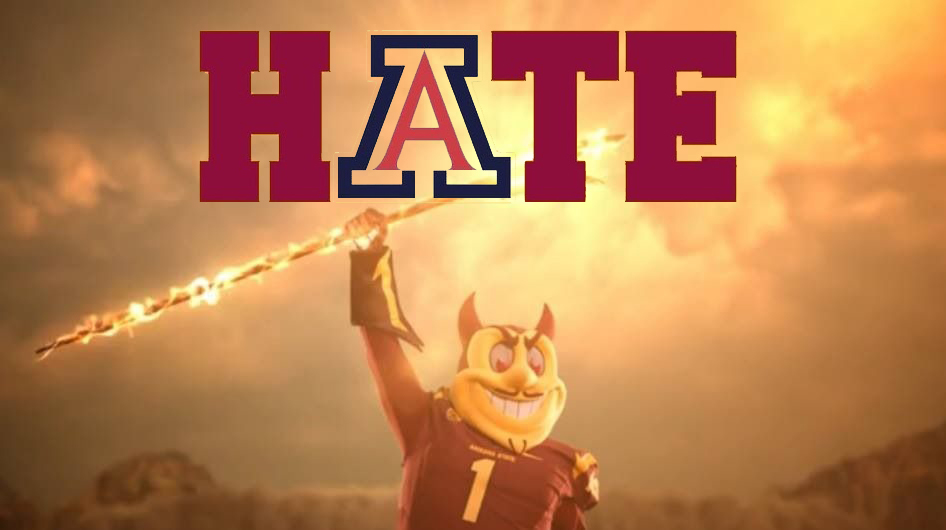 Arizona State University and BIPOC are promoting institutionalized racism. They can lie about it, but the facts speak louder than lies. Read on.

The Left, especially in an election year, and as a matter of practice, continually call out Caucasian/Whites as being 100%, card-carrying, bigoted, and hateful racists. Not specific white people. All of them. Fully one-half of America. 170 million people are racist, and they are all white people. Take it to the bank.

Of course, if you are a white Democrat, Liberal, Progressive, Socialist, Communist, or Anarchist, than you are considered a “good” Caucasian/White person, and are not racist simply by virtue of your enlightened political leaning.

Let’s be clear. Nobody gives a rat’s behind whether a movie or play, musical or acrobatic performance, etc. have blacks, little people, Asians, big people, whites, medium people, ET’s, etc. included in the cast of performers. Unless you are a racist.

Also, it is normally the job of the director/producer to decide who is to perform for their artistic version of the play/screenplay. Freedom is great, isn’t it? Even artistic freedom. No problem at all. Choose the best person for the part in your opinion. Now stay with us here and read on…

Following the actual scientific science (not fake ‘woke’ science), the people that inhabit Planet Earth are comprised of only four (4) races:

Yet the Mongoloid/Asian, Negroid/Black, or Australoid races are not designated as racists as a whole. Only one other race exists on Planet Earth (if you don’t count the Aliens), and that is Caucasian/White, which has been certified racist by the Left of America.

Then we have Arizona State University, which has this big push on this year to promote and fund what is now called BIPOC students (Black, Indigenous, and people of color) in everything they do. So BIPOC wanted to put on a play.

And of course, white students, being the inherently hateful racists that all white people are, were explicitly excluded from the opportunity to perform in the play, by decree of the University. The University’s stated and advertised BIPOC position:

“This entirely student-led cabaret is an opportunity for BIPOC (Black, Indigenous and people of color) students in the School of Music, Dance and Theatre to create performances that speak to their own experience,” the description from the Music Theatre and Opera Student Organization stated.

“The Color Cabaret started out as a chance for our BIPOC students in the School of Music, Dance and Theatre to showcase their passions unapologetically, without having to ask for permission,” the program stated.

“without having to ask for permission“. What does that mean? It intimates that BIPOC students normally are required to ask their white student masters for permission to put on a play, with or without whites being allowed to audition for the cast. This is the sort of “subliminal” propaganda that is being passed off as innocuous information.

The university attempted to backtrack, at first blaming the students for the policy, then stating that no white students applied to perform in the play, etc., but it was all lies as their own news release confirms that whites were excluded from the play.

“[T]he Color Cabaret, is centered on featuring the work of students, composers and authors of color, as well as creating roles for or re-imagined with artists of color,” a June 2021 news release stated.

“The creative team for the Color Cabaret was formed through personal connections, friends and colleagues from all over ASU – a community of creators of color in all fields of music theater and opera,” the news release stated.

In this case, white students were not allowed to audition for casting in the play (a normal procedure for any play) and were discouraged to attend performances several students reported.

Is this racism? Yes. When whites did the exact same thing to black people in the past, was it racist? Yes. So do two wrongs make a right? The Democrats, media, and blacks are saying an unequivocal YES. It’s a new world baby, and it belongs to BIPOC now. You do what they say when they say to do it, or you are canceled.

This is institutionalized racism and they don’t even try to hide it. The University pays for the fliers and pamphlets to promote these no whites allowed events.

Welcome to the new WOKE America.