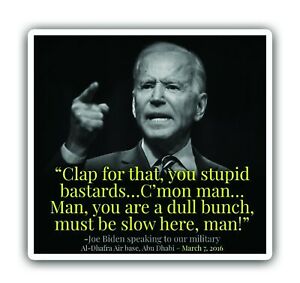 Biden brags for years that Putin doesn’t want to see him as President as he’ll be the one to step on his toes and shut him down. He bragged that Putin was “afraid” of him. He told us that Putin knew how much of a “tough guy” he is so he wouldn’t try anything under his watch. Ever. Wrong. Wrong. And wrong.

In fact, Putin was waiting for the “tough guy” to make it into office. He’s already got an “in” as he’s already bought and paid for Hunter, which is nothing unusual as the Chinese and Ukrainians own Hunter also.

Putin orders Biden on Day One to shut down the Keystone Pipeline project, which Biden dutifully did, thereby opening up America to Russian oil sales, which they desperately needed. What could be better than being 100% energy independent? Nothing except possibly being dependent on the Russian Communists, which is what Biden has done to us. Gas was $1.71 on election day 2020 and is $3.79 today. Of course, the Biden administration is calling this a 30% increase in fuel pricing when any idiot can see that it is a 120% increase.

They really do think that you, the American people, are stupid, stupid, stupid. Remember, these are the same people that told us that $3,500,000,000,000 ($3.5 Trillion) equaled nothing. Doesn’t cost a penny. It’s free money. Naturally, only Democrats are stupid enough to actually believe that, and they did/do, though the bill didn’t pass thanks to Sinema and Manchin, and no thanks to McConnell.

So now there is war in Europe, all because of a weak, feckless, clueless, ineffective, mentally challenged, lying President Biden. And what is next as Biden fiddles while Europe burns? The Chinese will undoubtedly be invading Taiwan forthwith, as they now know there is no price to pay for invading sovereign countries.

So what exactly has President Biden and his fellow Comrades been doing for the past 13 months?

Biden can’t remember which is his wife and which is his sister. He doesn’t know how many grandchildren he has. He doesn’t know where he’s at. He forgets where he just was. He has no idea where he is going. He can’t read a teleprompter without lying about something. He stops in the middle of a speech or interview and just shuffles off mumbling. Then he’ll regale us with tales of his heroism in combat, or how he was arrested while trying to visit Mandela, or how he was in Selma marching alongside MLK.

Don’t believe a word of anything this guy says. He’s a pathological lying maniac whose son is on the Chinese, Ukrainian, and possibly Russian payrolls. He used to get his “Big Guy” 10%, but as POTUS, we must assume his cut has gone to 20-25%.

$31 Million. That’s the amount of money that Biden and his family made off of their illegal business ventures in CHINA in 2021. The business ventures that Joe Biden promised us would be shut down on Day One of his administration. They’re still going strong, now more than ever.