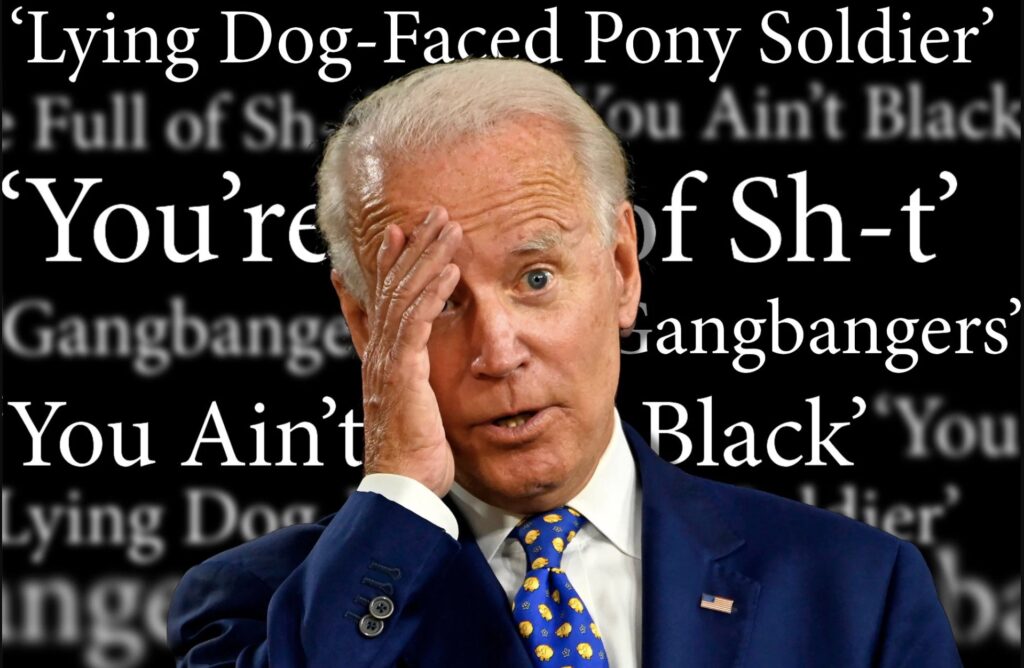 Not the United States according to Joe Biden.

Joe Biden shouldn’t be in charge of anything. He is a walking disaster area. He has never been on the right side of an issue, and if he was, he changed sides later, or lied about it. He’s the most disingenuous, prevaricating, and shameless person to have ever held the office of POTUS.

President Biden addressed the nation about the ongoing crisis between Ukraine and Russia this week, saying all nations have a “right to territorial integrity,” prompting many to ask: What about the United States?

We’ll repeat the President’s statement again, slowly this time, for all of you Democrats, Socialists, and other assorted liberals:

So we can see the paradox here. Biden has opened up US borders to all who can make it to our shores, no identification, no passport, no Wuhan virus vaccination status card, no money, no anything. Come one, come all, come now. That is the message Biden sent out to the world and they are responding, by the millions.

He promised the women of the world FREE abortions. Come to America, no problem! He gives sanctuary to MS-13 members, murderers, rapists, terrorists, and thousands of other criminals.

Even in a bad “B” class movie or novel, you won’t find a plot this silly and dangerous. It wouldn’t sell. Nobody would believe that a sitting U.S. President would threaten war with Russia over Ukraine while opening US borders completely. That’d be the last novel or screenplay that the writer would ever have considered by any publishing house or studio.

But it’s selling in America. The media is in lockstep with the Biden regime, repeating every lie, every day, day after day. And speaking to liberals on the street, they now believe that Biden bullied the Russians into pulling back from Ukraine. Indeed, people in his administration are already crowing about how our President stood up to Putin and the Russian strongman turned tail and ran with his tail between his legs. Biden is now SuperJoe according to the media. He can do no wrong.

But is that really what happened?