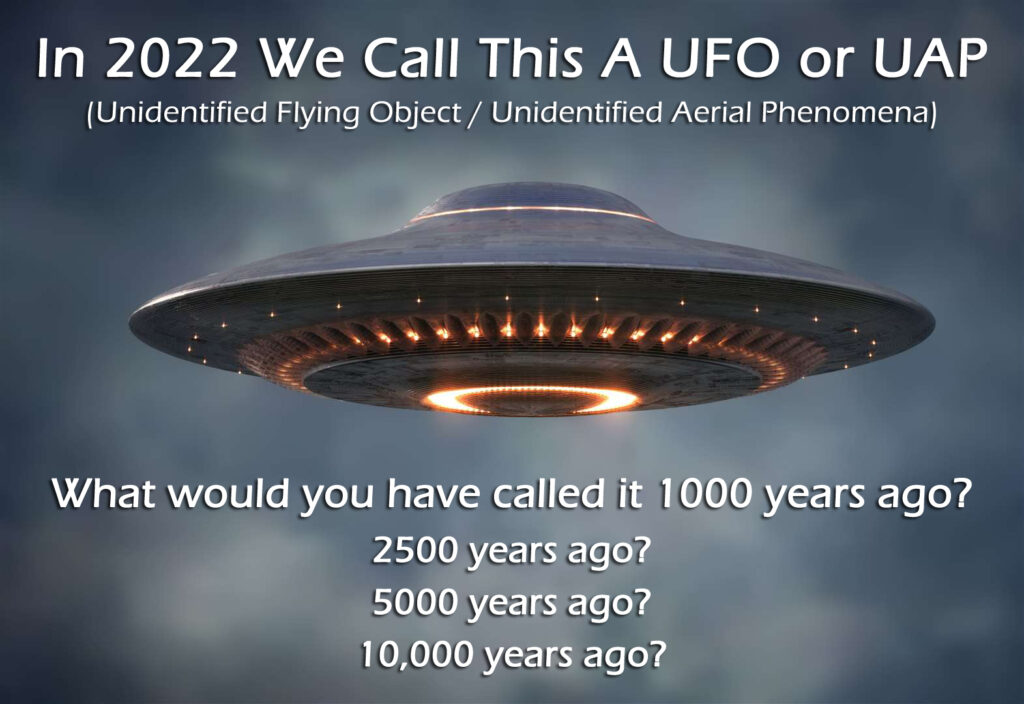 Many thousands of years ago our ancestors had to interpret new events and new discoveries and assign designations to them. You can’t have different people using different names for the same thing, which is exactly why humans have developed languages. For tens of thousands of years, the peoples inhabiting the different continents had no means of contacting one another and indeed did not know of one another’s existence.

The continents were spread thousands of miles apart with no means of communication with one another which is how we ended up with thousands of different languages and dialects worldwide (7,111 to be exact), although half of humanity speaks one of 23 major languages today.

If you look up any word in common use for thousands of years you will find the word is different in most of them. It’s spelled differently and pronounced differently, but means the exact same thing. Granted countries that are geographically close or have cultural ties may have some words that are similar, i.e. Spanish/Italian. But when the countries are thousands of miles apart the languages are not similar at all, which brings us to the point at hand.

How is it that the word ‘dragon’ was basically the same spelling and pronunciation throughout the world thousands of years ago, especially considering that dragons are mythical creatures that have never really existed? We know this for a fact unless we’ve just not found a dragon skeleton over millennia.

Yet dragons were revered, feared, worshipped, given sacrifice to, and an integral part of the culture of multitudes of civilizations worldwide spanning thousands of years.

How can they possibly have the exact same same “Dragon” for these things?

Logic dictates that they were extraterrestrials in interstellar spacecraft that were noisy, lit up by lights, or had engines w/ fire and smoke (jets perhaps?), and the people were probably called the “Dragon”? Nothing else makes any sense if you look at it pragmatically and not through religious eyes. Even the Christian Bible speaks of visitors from the heavens in spacecraft coming down with thunder and lightning.

One must realize that thousands, indeed hundreds of years ago, people did not have relevant words to describe what they were witnessing, so they used terminology used at that time. They wouldn’t have said “Look! A UFO!” or “there’s a flying saucer” because they had never seen nor heard of such things. So they called them ‘fire breathing dragons’ that came with ‘lightning and thunder’.

We call them UFOs

These cultures called them:

Tags: do dragons exist Dragons Dragons were and are real UFOs