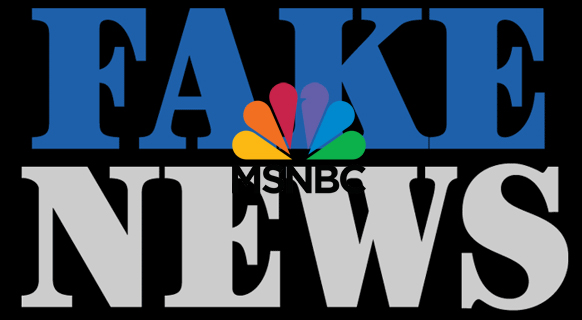 MSNBC has propagated hundreds, if not thousands, of fake/manufactured “news” stories. Many were a blend of fact, fiction, fantasy, bad journalism. But this one is beyond the pale.

Now we need to be a nation of fat nerds, or we’re in trouble!

The government (MSNBC IS a government-approved propaganda outlet) used to tout physical fitness, anti-obesity, healthy heart, jogging, playing sports, etc. as ways to keep physically fit and to live a longer, healthier life. They had ads on TV, the radio, in schools, in public places, where they touted keeping physically fit as a good thing to do.

Well, that dog don’t hunt no more. That train done left the station. That boat has sailed.

MSNBC published an article that was roundly ridiculed for equating physical fitness with white supremacy. Yes, to try and stay healthy is a “white supremacist” recruiting tool.

An article by MSNBC opinion columnist Cynthia Miller-Idriss says that the “latest scheme” from white supremacists is to “valorize violence and hypermasculinity” on social media by being buff and by staying in shape.

MSNBC would rather you be like Leftist icon Stacey Abrams, a morbidly obese lump of fat with the intelligence of a ripe avocado that is thoroughly delusional. (Abrams still claims to be the “legitimate Governor of the State of Georgia even though she lost by 55,000 votes FOUR years ago!)

Miller-Idriss cites a study claiming that racist white supremacists (is there another kind?) recruit new members by trying to get people to take care of their bodies and exercise and “positive physical changes” before propagandizing them with white supremacist messages. 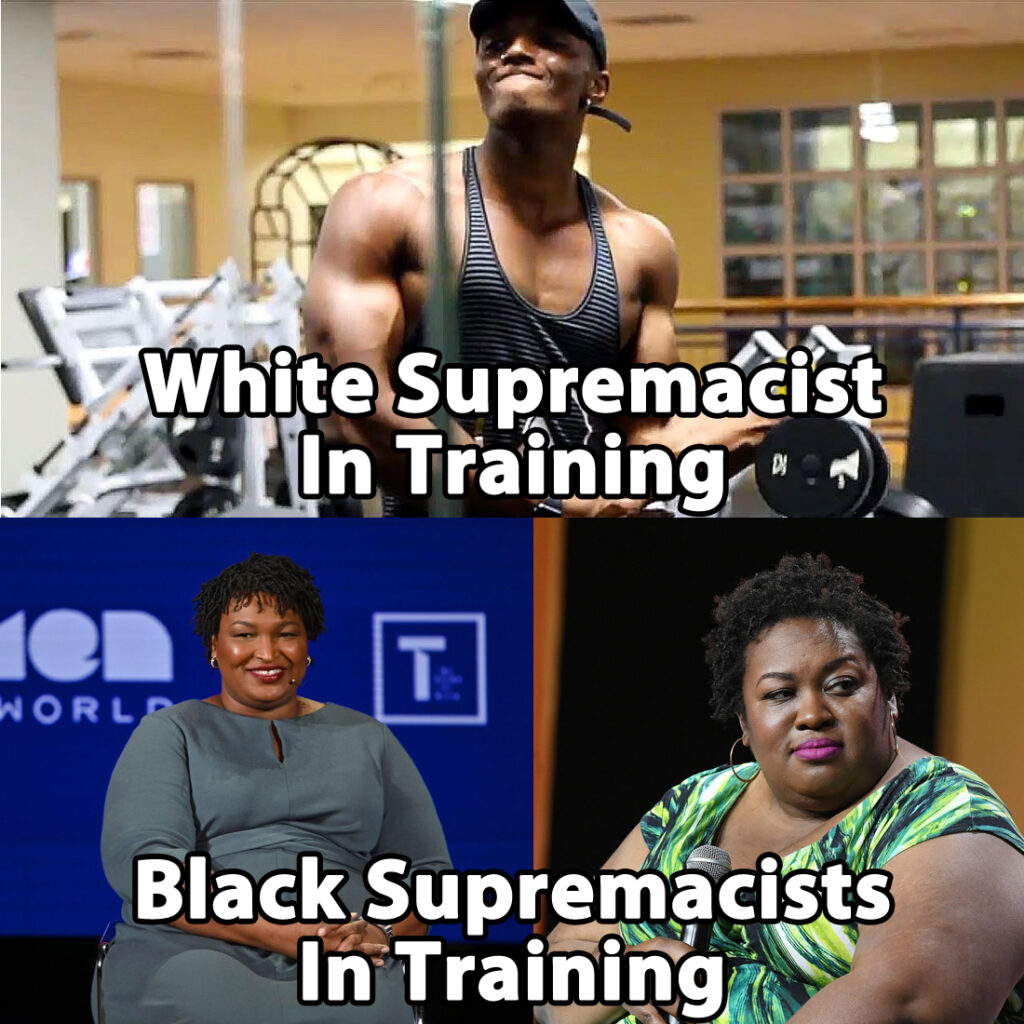 Naturally, MSNBC was able to equate living a healthy lifestyle and exercising with Hitler and the Nazis. This is their modus operandi. They can video you taking in a breath of fresh air and use it as evidence that you are a white supremacist, and you don’t even have to be white.

Cynthia Miller-Idriss went on to explain that physical fitness has always been central to the far right. In “Mein Kampf,” Hitler fixated on boxing and jujitsu, believing they could help him create an army of millions whose aggressive spirit and impeccably trained bodies, combined with “fanatical love of the fatherland,” would do more for the German nation than any “mediocre” tactical weapons training.

So I guess that all of those Black and Latino men and women are not Black supremacists nor Latino Supremacists for lifting weights, for taking karate lessons, for boxing, for jogging, or for exercising in general as Miller-Idris did not condemn those groups of people. It’s only white folks we must worry about.

Damn those white peoples! Can’t we just cancel them or put ’em in camps or something?

MSNBC viewers/readers, don’t worry about your heart, lungs, blood pressure, blood sugar, or weight (BMI). Just wear your mask, play your video games, get your vax, watch MSNBC, eat Big Macs, get your 1st booster, have a large order of french fries, have a giant Slurpee, get your next 10 or 12 booster shots, order Uber Eats, go to Subway, then order Dominos. It’s all good for your health and is waaaaaay better than that white supremacist exercising thing.

You earned the right to be a slovenly, morbidly obese, obtuse human being simply because you’re a “good” person that votes “the right way”.