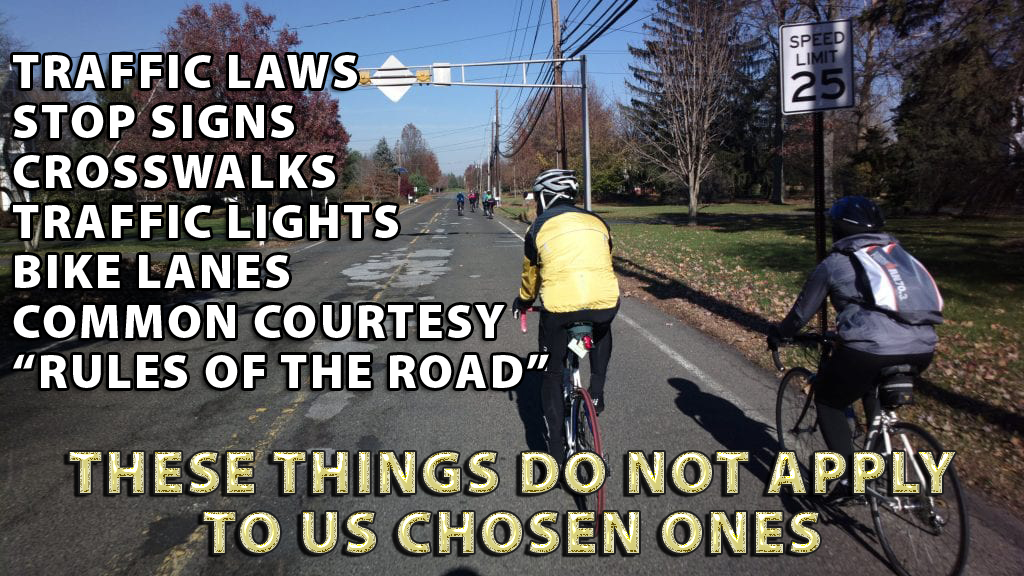 Colorado has implemented a new law that permits bicyclists to treat stop signs as yield signs and to treat red lights as stop signs. What could possibly go wrong with this in a crowded metropolitan area such as Denver?

The law has not been well-received, despite claims made by supporters calling it a common-sense measure that will make streets safer. But if you ask one of the law’s supporters exactly how it will make streets safer, they are long in the tooth in not telling you anything of substance. They can’t defend their position, which of course isn’t unusual with liberal policies.

What if a driver has stopped, we’ll call him/her/it Driver #1, and he/she/it is the first auto at the 4-way stop. Other autos are getting ready to stop, but a bicyclist going 25 mph blasts past the approaching autos and into the intersection, which according to the new law, is their “right”, just after the Driver #1 has proceeded to go through the intersection. The auto hits the bicycle, Driver #1 is automatically guilty of running a stop sign and possibly killing someone.

Or you are in Denver at one of the hundreds of intersections with stoplights. You are approaching a light at the posted speed limit and the light is green, but a bicyclist had stopped at the intersection due to a red light in his direction, but as it’s only a stop sign for him, he proceeds across the intersection. The auto hits the bicycle and the driver is automatically guilty of what? Going down the street legally? Following the law and going through a green light, while you stop at a red light? Running a green light? What?

Denver, you’ve got a great town. Some stupid people it seems, but a wonderful city. Don’t let this ruin your reputation. I’ve got the solution.

Go to 100% bicycles and 4-way stop signs statewide. No autos anywhere at any time. Problem solved.