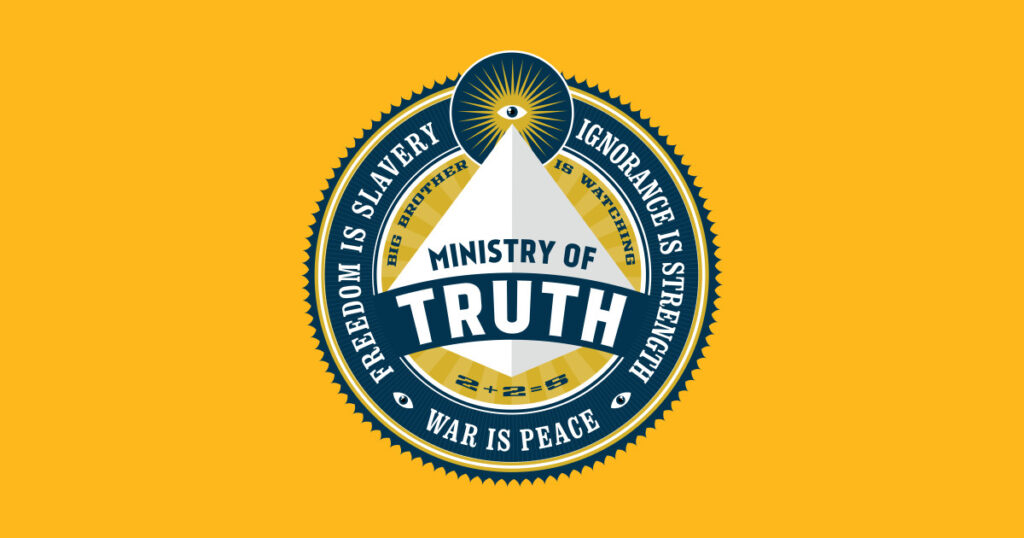 Although we do engage in sarcasm, ridicule, and satire, we are not the Babylon Bee. We report salient news, and current happenings, but this is one of the most important stories that could potentially change America forever.

Biden’s personal opinion is “So C’mon man… We’ve got to control it, the uhhh, you know… the thing.” What he meant was they have to control the spread of facts and the truth. The Democrats and MSNBC/CNN/NYT determine what is real and what is not for us. We don’t need to think.

8 years of Obama was a lesson in the redistribution of wealth and rampant racial division coming out of the WH. Then we had 4 years of freedom and unparalleled growth under Trump. Then we have the honor of existing for 1½ years of Biden’s policies, and it’s been an unparalleled dissection of the American economy, foreign policy, border security, military, and culture.

In our new America, a biological man can identify as a woman, and by law, you must call him/her/it by their “preferred pronoun” or you could actually be arrested, charged, and jailed for a hate crime. And heaven forbid if they’re a ‘marginalized person’, then you’re really in deep trouble.

But the new Supreme Court Justice, Ketanji Brown Jackson, who apparently is a Black woman, or at one time identified as a Black woman, now cannot determine whether or not she is a woman. When asked if she could define what a woman was during her confirmation hearing before Congress, she stated, “No I can’t… I’m not a biologist”. Even though this being a woman thing was 50% of the reason she was nominated in the first place.

Biden promised, if elected, to put a Black woman on the Supreme Court, and she does appear to be a woman unless you ask her. Then she hasn’t a clue as to her gender, even though she has multiple children. Hmmm… Think about that for a minute. This ‘I don’t know if I’m a woman” will be creating laws (because that’s what SCOTUS does lately) for you and our children to live by for the next 40 years and she’s afraid to even admit that she is a woman? Let that sink in.

A few days after installing a person of an unknown gender onto the Supreme Court, the Biden administration decided that CNN, MSNBC, NYT, WaPo, the FBI, the CIA, the DNC, and the DOJ covering up the Hunter Biden laptop scandal wasn’t effective. They’ve now created what is in fact a Ministry of Truth, that will determine what information is real and what is not.

Granted, they are not calling it by what it is, they are giving it an innocuous-sounding ‘Disinformation Governance Board’.

The Department of Homeland Security has been setting up a new board dubbed the ‘Disinformation Governance Board’ which will be used to combat the spread of misinformation in regard to homeland security. The board specifically focuses on irregular migration and information regarding Russia. And we all know that we can trust the government to not overstep their stated focus on Russia Russia Russia, correct? Surely they wouldn’t use this “Governance Board” to restrict the dissemination of information and ideas, would they?

Just remember the words of a not-so-great and a great President… Which rings more true in your life? 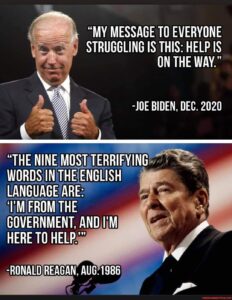 You can put lipstick on a pig, but it’s still Hillary. Call it what you will, but in reality, it will be a government agency that will be dedicated to enforcing government-sanctioned censorship. One can also only imagine that they will have enforcement mechanisms in place and that there will be penalties for those that dare report on Hunter’s laptop, Hillary’s nefarious deeds, or the BFCCE (Biden Family Continuing Criminal Enterprise). Joe had to have more letters than his bosses over at the CCP.

The Disinformation Governance Board is to be led by Nina Jankowicz, a former disinformation fellow at the Wilson Center and an ‘adviser’ to Eastern European foreign ministries as part of the Fulbright Public Policy Fellowship. She’ll be joining a large contingent of Trump haters that reside in the Biden administration, and they will be dedicated to ensuring that Biden wins the election in 2024, or more to the point, they’ll ensure that Trump loses, by whatever means necessary. Of that, you can rest assured.

Jankowicz is also a Hunter Biden laptop ‘denier’. She has already determined that Hunter Biden’s laptop is Russian disinformation and that it needs to be removed from the public square. As it will be within her legal purview, as the de facto Minister of Truth, she’ll be able to hide anything and everything that she determines is ‘disinformation’. As and we’ve already seen with this administration, nothing is off-limits.

As she has publicly stated that Hunter’s laptop is Russian disinformation, she’ll now be legally emboldened to stamp out and erase the history of this supposed ‘Russian/Trump plan’. And isn’t it convenient that the Durham probe is just now starting to get some meat on its bone, it will be stopped cold in its tracks by the Ministry of Truth? Just a coincidence and most certainly not a conspiracy.

“Back on the ‘laptop from hell,’ apparently—Biden notes 50 former natsec officials and 5 former CIA heads that believe the laptop is a Russian influence op,” Jankowicz said.

Jankowicz had spoken to the Associated Press for an article published on October 15, 2020 and reportedly said there were questions about whether the laptop belonged to Hunter Biden. “We should view it as a Trump campaign product,” Jankowicz said at the time, pointing to the involvement of former New York Mayor Rudy Giuliani and Trump associate Steve Bannon.

On October 22, 2020, Jankowicz shared an article on Twitter that she described as “casting yet more doubt on the provenance of the NY Post’s Hunter Biden story” and said in another tweet that day: “The emails don’t need to be altered to be part of an influence campaign. Voters deserve that context, not a [fairy] tale about a laptop repair shop.”

On March 16, 2021, Jankowicz shared a report from the Office of the Director of National Intelligence (ODNI) and wrote in a Twitter thread the intelligence community “has a high degree of confidence that the Kremlin used proxies to push influence narratives, including misleading or unsubstantiated claims about President Biden.”

Just when you thought maybe Biden would wise up and ease up on the draconian edicts and mandates, he gives us the Ministry of Truth. Next, he’ll be paying neighbors to spy on neighbors, if they aren’t already.