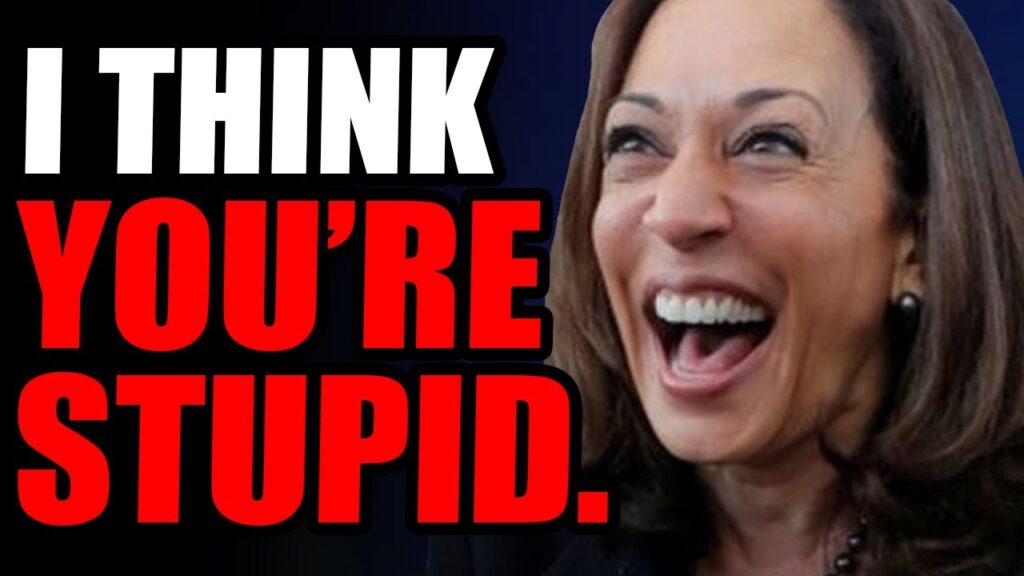 When Kamala entered the political arena, she used her knees and her oral skills to advance her career, but even in the Democrat party that can only take you so far. Though she would be well advised to revert to her former tactics, as her new oratory skills are not serving her well.

She has opined in the past that basically, Americans are stupid, unable to fend for themselves and require the government to guide them lest they become unproductive to the state. Yet she failed to tell us if it’s her MS-13 friends or her CCP buddies in China that are the smart and productive ones.

We’ve heard some real doozies from the Vice President over the past 16 months, and before.

Before she lectured Europe on what Europe is and where it is located, she called Biden a racist and said she believed his sexual victims. But hey, if you can sell out what little values you had by hooking to the political elite, what’s working for a racist and sexual abuser of women? It’s considered a promotion in the Democrat party!

Now she has really outdone all her previous efforts at sounding like the world’s biggest and best idiot on the world stage. Her latest offering was when she spoke outside of the Children’s National Hospital in Washing D.C., and she was there to bring awareness to caregiver burnout as America is entering its 3rd year of the Wuhan virus, thank you China.

But despite teleprompters, written notes, written speech, in-ear monitor, a staff of writers, a chief-of-staff, multiple assistants, and a staff of dozens, this is the most eloquent, succinct, and salient comment our Vice President could muster. Harris prattled “You know when we talk about our children, I know for this group we all believe that when we talk about the children of the community, they are the children of the community.”

This is the person that is a heartbeat away from the most powerful political position on Planet Earth, yet she can’t put a 16-word sentence together without sounding like a total moron. This with a staff of dozens at her beck and call to try and make her seem like a functioning human being, she failed America, again.

Let’s take solace in the fact that she didn’t cackle repeatedly during her several-minute speech, though she did have a silly smirk on her face during most of her rambling, which is odd to see though we’ve become accustomed to it over the months.

Words of eloquence and wisdom or idiotic word salad? That depends on whether you are a Democrat or not.