The Left perpetrated and still used these hoaxes as “proof” that the Right is pure evil.

Not once has anyone on the Left conceded that they were wrong, 100% wrong, on any of the above lies. The President is still preaching to us about several of them as being true, even though they’ve all been proven to be lies.

Now it’s Paul Pelosi, who according to the Left was beaten up by a man that “broke into” his house and assaulted him with a hammer.

The truth is a world away from their fake news narrative.

Paul Pelosi a known frequenter of a gay nightclub in San Francisco, where he has routinely picked up male prostitutes.

Here is a more truthful account of the evening:

Nancy was out of town, Paul picked up a male prostitute. Remember, DePape reportedly lived in the Castro District, which is the gayest part of the gayest city in America. The gay sexual encounter didn’t go as planned and the much younger DePape got physical and angry with the 82-year-old Pelosi. Paul called police but didn’t want to make a big fuss about it, he just wanted the cops to remove DePape. Police either smashed through the back door or Paul let them in and then the door was smashed to make things look legit.

The police report states that the “individual” that broke in was dress all in black? Yet they also report he was in his underwear? What? They originally reported a 3rd person (a young male also) answered the door, and then they said they had to “break into” the home? The story is morphing before our very eyes!

Remember that Paul Pelosi had a younger male companion with him when he was arrested for DUI a few months ago, something the press has repeatedly failed to mention.

As far as the Left pushing the false narrative that David DePape is a Mega MAGA Right Wing Domestic Terrorist, here is a photo of his house, which doesn’t seem to be an average Mega MAGA domestic terrorist’s home. Somebody is lying! 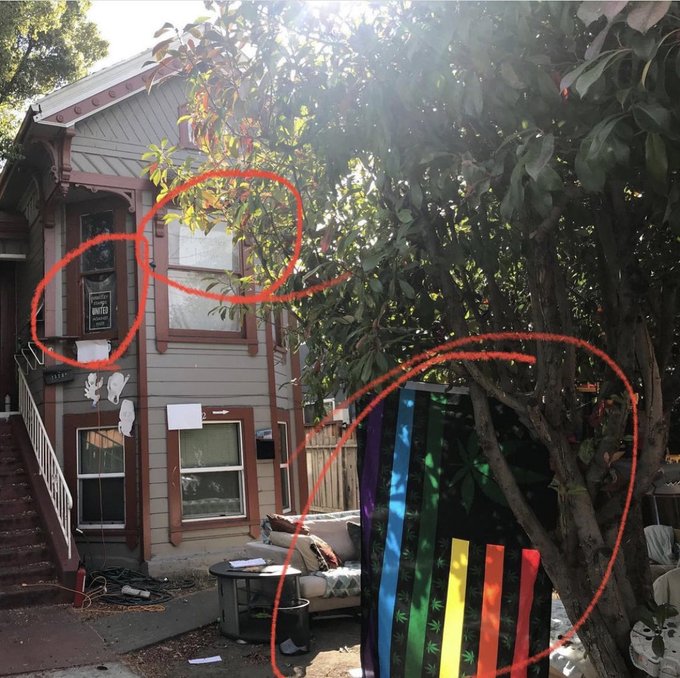