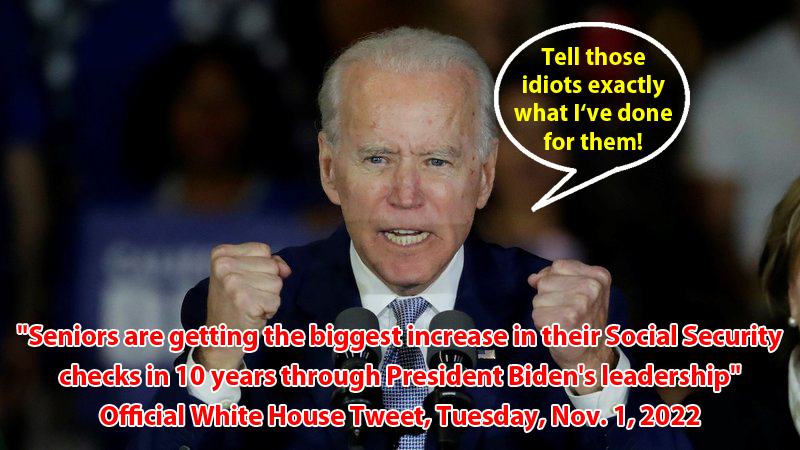 NOTE: After being lambasted for “lying and posting fake news”, I searched and found the Biden White House tweet: 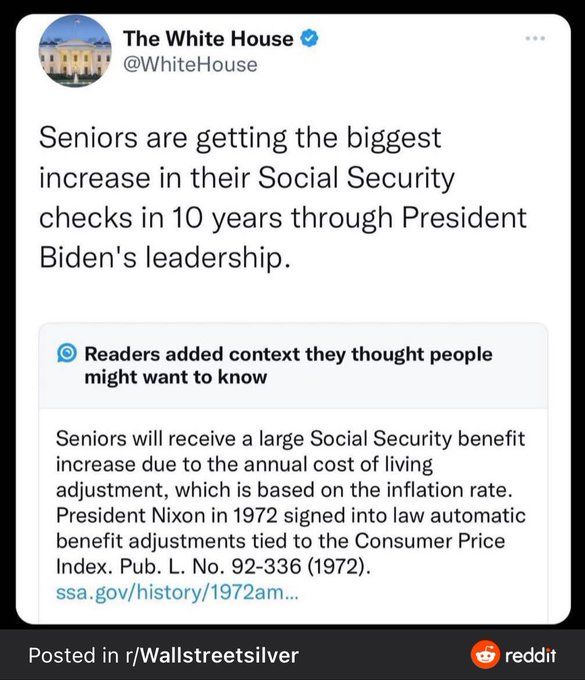 C’mon man! For once Biden/The White House has done something only blithering idiots would do. They took credit, unknowingly, for the current high inflation rate of 9.7%. (Those are the government numbers the fake news people use rather than the real numbers).

First Biden’s White House (remember, he is really the President of the USA):

Seriously, that is NOT an accomplishment Mr. Biden. Are you and your paid flunkies in the White House this insipidly stupid? You are admitting that you are responsible for the approx. 10% inflation we’re experiencing and then are bragging about it. And the fact is that the inflation rate is actually much higher according to accountants with integrity. They pulled down the tweet when people flagged it.

A few words would have worked far better in that tweet and would have been honest. Replace the word “through” with:

And replace the last word, “leadership”, with:

Any of the above would have sufficed and been factually correct.

Let us remind you of what former President Obama said of Biden (who was actively campaigning) while speaking to Politico: “Don’t underestimate Joe’s ability to fuck things up.” Nuff’ said as it’s coming from someone that knows how to f*** things up royally.

This has become prophetic as from Biden’s first day in office he went to work pro-actively to destroy the American economy, to open the borders for illegals aliens and fentanyl to pour in, to shut down our domestic energy production, to tax us to death, to allow criminals to roam free and by demonizing all Conservatives as extremist domestic terrorists.

He’s denigrated the Supreme Court, the American citizenry, the U.K., Germany, Japan, Mexico, Israel, Turkey, all former allies of the US. But no longer.

He’s embraced Ukraine, China, Iran and sometimes Russia, as they are where Biden and Son earned millions upon millions for his access while Vice President. The crack and prostitute addicted Hunter Biden did a $1.5 BILLION dollar deal with a Chinese concern about 10 days after father and son went to China on Air Force 2. According to Biden/WH it had nothing to do with their joint trip to China. Just a coincidence.

Yeah, right, sure, whatever.