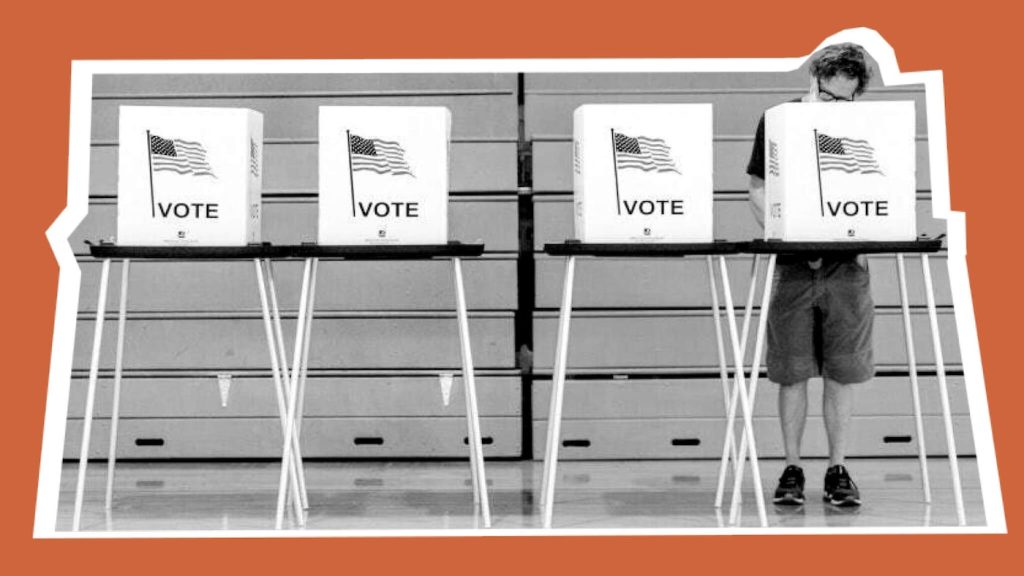 If you don't know what these are, then you are one of the many voters that refuse to vote in-person. These are polling stations.

If you are an American citizen, and not a convicted felon, not in prison, etc., you have the right to vote in local, state and federal elections.

What you do not have the right to do is to demand when, where, and how you vote. That is to be determined by the State or Federal agencies that regulate the elections.

It’s a right, but also a privilege. But you have no right to demand that water and food be provided while you wait, or that you only wait 10 minutes, etc. Suck it up. Americans used to travel for a day or two to exercise the right to vote, yet today select groups don’t want to leave their home or party place for a couple of hours to vote.

These people consider themselves special. We’re not talking about the disabled, infirm, service members, etc. We’re talking about able bodied humans that are too damn lazy to take the time out of their schedule to exercise their right. Their business or their zumba or their whatever are more important, and that’s fine. They are allowed to abdicate their right and not vote by not showing up at the polling station.

Democrats always and Republicans never demand that there be early voting. Democrats demand that people be allowed to vote 4 or 5 months ahead of time, by mail-ballots or via ballot harvesting. This is even though a majority of them live within a mile or two from a polling station. Democrats demand that no prior registration, no photo ID, and no signature verification be required, just a person providing a name and address and promising they are that person and are allowed to vote.

The Left professes that in person voting is an infringement on and suppression of the right to cast a vote, but mainly it’s just black people that are suppressed and infringed upon.

The entire country used to always vote 95% + in person and on the same day. The votes were then counted in a matter of hours, not days and/or weeks as they are now. This was the protocol even before computers made it ‘easier’ to tabulate the votes. We knew who our new ‘leaders’ were before we went to bed usually.

We called that specific day that we voted ‘Election Day’.

Now your vote is theoretically counted, and your ballot is safeguarded using the latest security protocols, i.e. unsecured drop boxes and ballot harvesters and computers that are basically unsecured it seems, with only Democrats allowed to count and verify the count of the ballots.

Voting Day is the day we all muster up our supplies and strength and struggle the hundreds of feet to the polling station and vote, in person. Sometimes taking a whopping hour or two, though I’ve never known anyone to experience that until computers became the norm. Computers also can be corrupted, which is much harder to do with paper ballots and signature verification.

If you can’t take a few hours out of your life in America to vote for America’s future, then you really shouldn’t be allowed to vote.