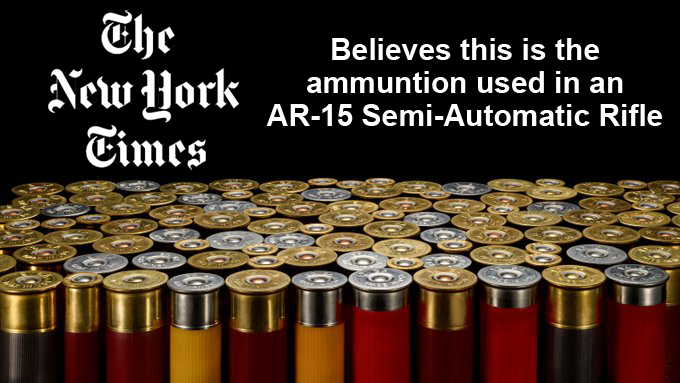 The NY Times ran another article attacking gun owners and America’s “toxic gun culture” claiming that the weapon known as the AR-15 is causing a precipitous rise in political violence.

The Times editorial board wrote “The AR-15 has also become a potent talisman for right-wing politicians and many of their voters. That’s a particularly disturbing trend at a time when violent political rhetoric and actual political violence in the United States are rising,”

And they ‘reinforced’ their narrative with an ominous looking photo of the ammunition they allege is used by the AR-15. Only it wasn’t.

It is a photo of dozens of SHOTGUN SHELLS. The AR-15 uses a 2.23 (5.56mm) round, not a shotgun shell. Really Times editorial board, look it up. Shotgun shells are for SHOTGUNS! Here is the photo from the article but we’ve added the comparison rounds for you to actually see the size comparison, and to see the depth of the deceit and lies they use to inflame, misinform, and indoctrinate their base. 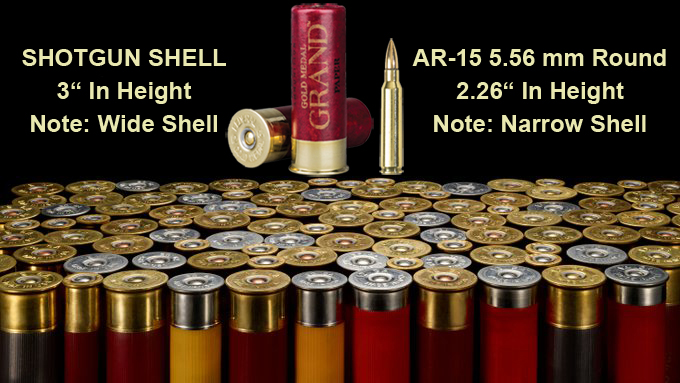 This only reinforces the view that the people at the Times actually do not know anything about weapons in general. Besides being virulently anti-gun, they are gun idiots. You can’t blame them as they do spend a majority of their time manufacturing fake stories and narratives, so they are just doing what they do. Lie repeatedly.

They didn’t mention that the much more powerful and deadly SKS 7.62mm rifle that was used at the Congressional baseball games a few years back, wounding 5, including Rep. Steve Scalise. I guess that much more powerful weapon is A-OK with Dems.

The New York Times, the paper of lies.