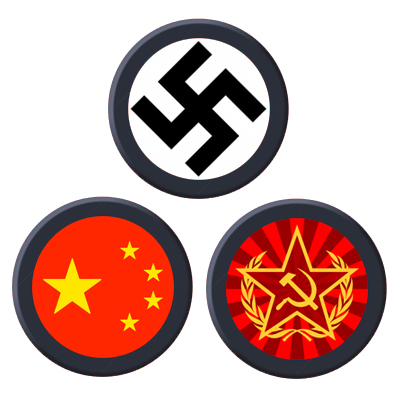 A lie is a lie. And we will call them as we see them, without rose-colored glasses. Left, Middle, or Right. It doesn’t matter. Facts matter. Repeat: FACTS MATTER.

There are so many lies in politics these days that it’s impossible to keep up with all of them without a staff of dozens. So we’ll just stick to the most important lies about the issues that most concern Americans. It may seem that we are picking on one party more than the other. But if you are intellectually honest, one side lies as a matter of course. Every election, the other party is full of granny killers, baby haters, racists, homophobes, transphobes, anti-jobs, anti-blah blah blah… And of course, none of that is true, but they use it successfully every four years as it makes an impact with the low information voters that only listen to NPR/CNN/MSNBC.

We are going to rate the lies of the Left by the following rating system.

– Lies by Manipulating Facts/Numbers/Omission – Mao/China (68,000,000+ deaths)
To be identified by the Chinese Communist Star

– Out and Out Lying/Manufacturing “Facts” – Hitler/Nazi Germany (80,000,000+ deaths)
To Be Identified by the German Nazi Swastika

We are using these symbols for two reasons.