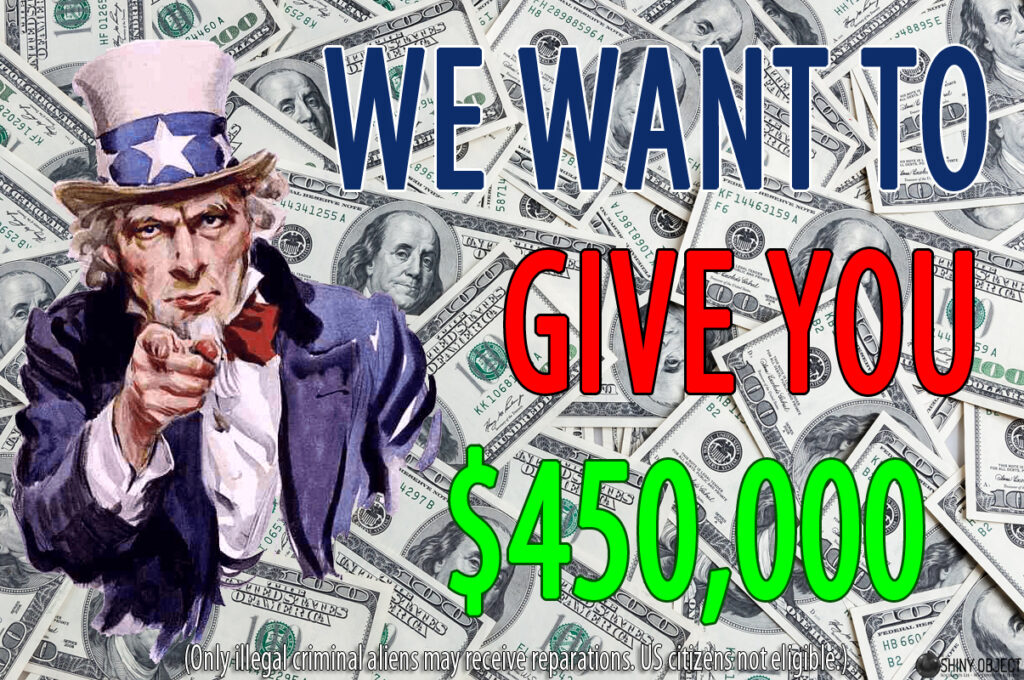 President Biden wants to pay illegal aliens that broke the law to enter America $450,000 EACH if their family was separated at some point in the past. Not per family, per person. And he is serious about it.

We denied these people the opportunity to live a fruitful life together in America illegally by sending the criminals back to their country. Oh the humanity! So for that insult, the U.S. taxpayer should pay each one of them $450,000.

Let’s put this into perspective. If you join the US Marines and the President (who is the Commander in Chief of the Armed Forces) orders you into combat and you are killed, your family may receive as much as $400,000.

But if you’re an MS-13 gang member, that broke into our country illegally years ago with a woman and child claiming they were his family, and he was separated from them, he is going to get $450,000 and his family hundreds of thousands more if President Biden gets his way.

Why does a U.S. President punish American citizens for the crime of existing and treat criminals like royalty for actually committing Federal crimes? In what world does that make seem reasonable?  In Bidenland and Socialistastan it will go over very well. Dems are all in on helping the poor oppressed immigrants and their extended families, we already know that.

The really sad thing is that while he is advocating to give illegals nearly half a million dollars each, he is passing legislation to know what you’re doing if you have deposited more than $600 or more into your personal bank account over a one-year period. He wants the IRS to audit American citizens to track what they’re doing with their own $600, to the penny. Where it comes from and where it’s going. Paypal, Venmo, etc. are all included.

Is America a great country or what?

Tags: biden give millions to illegals biden the king