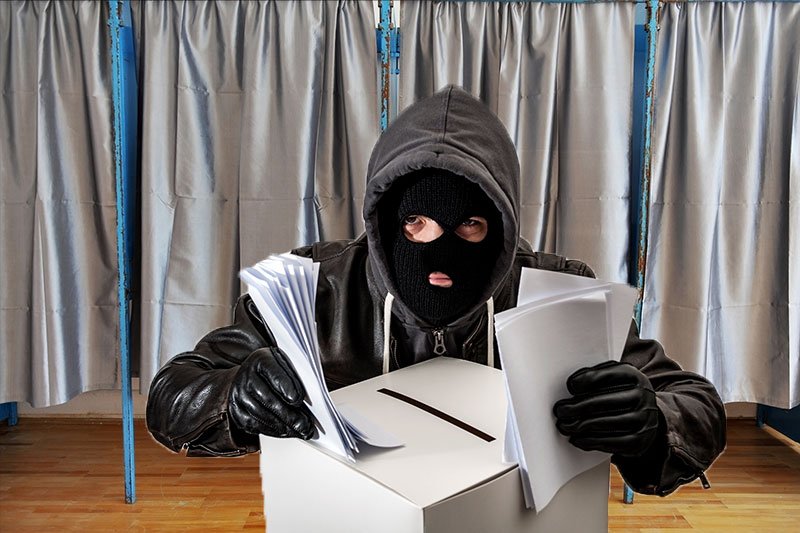 The State of Georgia states that there have never been any irregularities with the voting in Georgia except when Stacey Abrams had the election stolen from her by white supremacists several years ago.

We’ve seen the travesty of the mismanaged election that occurred in Arizona with tens of thousands of unsigned ballots, thousands of unregistered voters voting, 247 people voting from one single-family home address (a 3 bedroom home), and it went on and on.

Several days before the November 2020 election, the Fulton County Georgia’s Director of Elections rush ordered over 1 million new absentee ballots for the 2020 election (1,058,210 ballots to be exact) from a company in Arizona, Runbeck Election Services.

Think about that. ABSENTEE ballots. Over a million of them. Yet, by the time the ballots had been printed and shipped, they arrived in Fulton Co., GA less than 2 days before the election.

There was not enough time to sort, mail to voters, and then receive back the ballots back from voters before the election. So what was the big rush with getting an extra 1 million+ ballots?

There’s a lot going on here. Runbeck Election Services is owned and ran by Brian Runbeck. He is the Production Coordinator and Project Manager for the company.

Between mid-August, 2020 through October 30, 2020, Mr. Runbeck made 63 separate donations to Joe Biden for President, Barack Obama’s ActBlue, the Democrat Senatorial Campaign Committee, and a plethora of other left-wing causes.

The Federal Election Commission has the listings of all his Democrat political donations last year, even while he was busy printing ballots for Georgia and Arizona. Not a single donation went to an Independent or Republican.

There are several irregularities with the ballots it seems. An analysis of the Georgia ballots turned up some very interesting results.

Ballots sent to “red” counties in Georgia during 2020 had mysterious bar codes on them that were not on ballots sent to “blue” counties. Shouldn’t the ballots have been uniform across all counties? No one has ever determined exactly what the bar codes are for. To be honest, Georgia officials refused to investigate. Abrams lost, so Trump lost. There!

On the 1 million extra absentee ballots ordered the week before the election, they were ordered with “no stubs” attached. The stub is a security measure. It’s a little piece at the top of the page that the ballot is attached to. It has a number on it that matches the number on the absentee ballot.

When a ballot is mailed to a voter, it is then anonymized so that no one will know who the voter casts their ballot for. The stub is the proof that it was a valid ballot. These ballots were ordered by Fulton County with “no stubs,” so that there is no way to account for them.

But the brave and honest Georgia elections officials say they saved the day for America! They swear they have accounted for 284,901 of the absentee ballots which were unused, and they will eventually destroy them.

That leaves 773,309 ballots that are unaccounted for because they were ordered with NO STUBS! Those are ballots that were included in the election count.

Biden supposedly won Georgia by 12,049 votes. But there are a missing 773,309 ballots nobody can track because of the missing stubs. This is 64X the number of votes that Biden theoretically won by.

The Left stole the election. It should be apparent to anyone that can read and count.

How much longer are Americans going to take the Socialists determining the outcome of OUR elections?