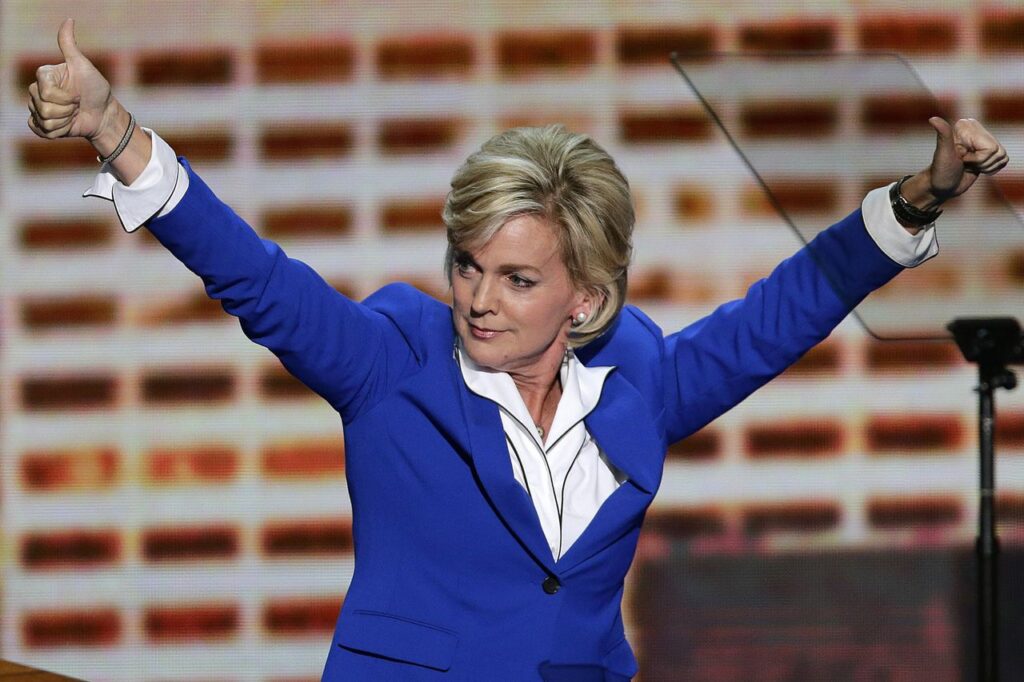 Jennifer Granholm is a Canadian-American politician, lawyer, educator, author, and political commentator serving as the 16th United States Secretary of Energy. She is also one of the most insipidly stupid people to have ever held the office of Secretary of Energy.

She was asked during a recent interview what her plan was to tackle rising fuel prices for Americans. She burst out laughing, “That is hilarious,” Granholm said when asked by a Bloomberg anchor. “Would that I had the magic wand on this.” Then she went on to recite the Brandon administration talking points that the rising prices are due to Russia and OPEC refusing to increase output to the U.S., forgetting to mention that mere months before she took office that America was 100% energy independent for the first time in its history.

We exported oil to South America, the Middle East, Asia, and Europe. We didn’t import from OPEC and Russia like we have to now. Elections have consequences. One of the Brandon administration’s first actions was to shut down the Keystone Pipeline and numerous other gas and oil-producing and distribution facilities. Oil wells, natural gas wells. Pipelines. Pumping stations. Oil tankers. The administration’s stated goal is to go to electric cars/trucks/trains nationwide starting now.

Auto manufacturers are to only make vehicles getting 50+ mpg starting in a few years, essentially doubling what they are now. Just a thought…. Ain’t gonna happen. So what to do?

The answer according to Brandon? ELECTRIC CARS, EV’s! And they ain’t talking hybrids that use a mix of gas and electricity. 100% EV.

This is serious business. Many of the people I talk to (mostly the young ones), that don’t own an electric vehicle, have never considered that they might actually have to pay to charge their EV. They assumed when you bought the car that the charging stations were “included” with the exorbitant cost of the vehicle. Why wouldn’t it be? They’ve been entitled their entire life. They want us to “forgive” their college loans, so why not pay for their transportation costs ad infinitum? This is why the younger crown has forsaken them for, God forbid, internal combustion vehicles.

How are we going to be an “electric car” country when we don’t have the electricity to meet that demand, and windmills and solar panels won’t cut it. Ask California and Texas.

Windmills are 15th-century technology. Seriously, these are not going to save us.

Solar panels are all made in China, by Hunter and the Big Guy’s people, and of which they have a financial stake in the companies that manufacture them.

But it takes electricity to make any of these things.

Why is that? Because they are woefully inefficient in all aspects compared to fossil fuels and nuclear energy creation.

If they were efficient and cost-effective (like the Biden admin says) then why don’t the solar panel and windmill manufacturers use their own devices to power their production facilities? That would be FREE energy forever for them, which would drastically reduce the cost of manufacturing.

But they don’t because they can’t produce enough power using their own devices to run their own plants. When they can do that, then it might be worth considering.