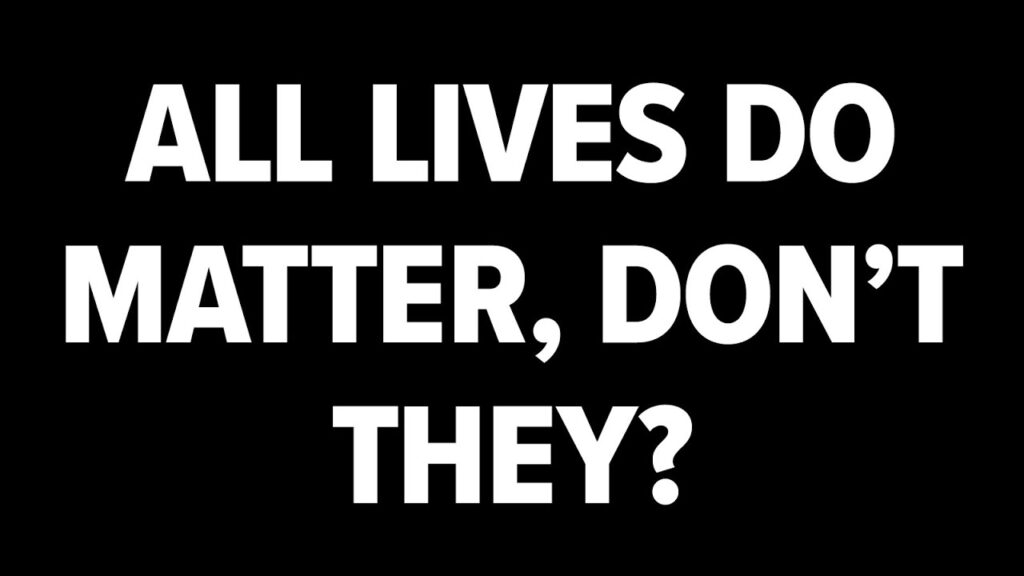 After listening to Mosby and Harris lament the plight of Black Americans and how they’ve been forced into the positions they’re in today simply because White people wanted them there, it almost made me ashamed to be an American. Almost I said. But having a working knowledge of American history, politics, and culture, I’m able to read between the lines of their racist diatribe and see it for what it is. Just another attempt to deflect from the truth, and put the blame on what many blacks blame everything bad in their lives on, i.e. White America. Wood. Honkey. Trailer trash. Whitey. Cracker. Ghost. White trash.

Listening to Black people in America complain about the crime in their community is like listening to a Nazi complain about conditions in a Nazi concentration camp. It is totally disingenuous and non-sensical. Blacks overwhelming support Democrat/Socialist/Liberal politicians that continually promise to make their lives, easier, better, nicer, and with more free stuff courtesy of the American taxpayer.

Of course along with voting for their lives to be easier, better, and nicer comes with some additional baggage. First and foremost are the lies. Their lives never get easier, better, or nicer due to Leftist policies. Those “lifestyle improvements” are better served to dole out to new undocumented citizens who then will be inclined to vote Democrat as repayment for all the free bling they are receiving. And the high taxes, low level of services, defunding the police, etc. that come along with Democrat policies are just a part of the package, and always have been.

But again and again, Blacks blame White people, bronze statues, old flags, license plates, plaques, monuments, street names, the color of ice cream and licorice, placement of interstate highways, the use of numbers or mathematics, the brand names of foods and other products, and a thousand other things as being the racist root cause of all of their problems.

Unfortunately for them and fortunately for society, the truth, facts, and actual statistics all point to Blacks themselves as often being the root cause of their own problems. No matter how many screams of “racism”, it doesn’t ring true if it’s not true. Ask Tawana Brawley. Ask Jussie Smollett. They screamed it proudly, loudly, and often, and it was a lie each time, even though the mainstream media, Hollywood, and Leftist politicians are still denying reality and consider Smollett a “victim” of the White man’s justice system, now and forever.

By watching a majority of the mainstream media (cable, satellite, TV, print), one would assume that black neighborhoods are under constant siege by roving gangs of White thugs and White policemen that are hunting down and executing Black men in the streets like a rabid dog. Thousands of Black men each week are being wantonly executed for the crime of existing.
Anyone with an ounce of intellectual honesty knows that this is patently false and a total fabrication, but it remains the narrative across the Leftist landscape known as the mainstream media. RACISM! RACIST! RACIST WHITE SUPREMACIST!

Let’s talk facts. It’s not White people that commit the crimes in Black neighborhoods. It’s not the statues or license plates that are racist haters. It’s not Aunt Jemima Pancakes that were the problem. It’s not I-35 that runs through your city or neighborhood that is the problem. The problem lies with actual facts. Real statistics about real crime and who commits them. And yes, sometimes the truth hurts, as it should in this case.

Lack of compassion is probably a genetic trait of her race:
-Homicide rate per 100,000 in regions:
World 6.2
Europe 3.0
Oceania 3.0
Asia 2.9
U. S. 5.3 (this rate would be much lower but for the Black homicide rate which is seven times that of Whites)
Africa 12.5
-The murder rate per 100,000 population for West Africa [whence came the infamous racist hater Joy Reid’s slave ancestors] is the highest in the world, 14.0. http://en.wikipedia.org/wiki

Yet Black voters overwhelmingly vote for those who continually present them with destructive policies.

“87% of Black voters believe those who oppose Obama’s policies do so because of racism. -“If this country doesn’t give us what we want, then we will burn it down” says Hawk Newsome, head of Black Lives Matter for Greater New York.

68% of Blacks support critical race theory which teaches that all Whites are Black oppressors and they are the greatest enemy to America.

When science is not questioned, it has become propaganda.

When facts and truths are not accepted nor debated, Socialists are in charge and the Republic is lost.