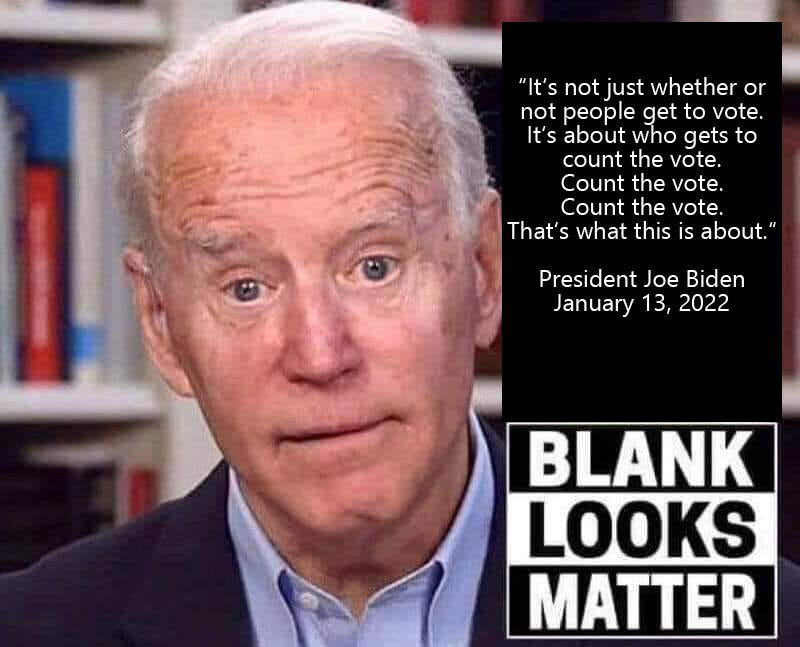 All that mattered he infamously stated very honestly was “who counted the votes”. That determines the winner, not the electorate.

Fast forward to America in 2022, and we have our own Communist Josef Stalin, a good little Socialist named Joseph Biden, who appears to be channeling the Communist Leader.

In reality, it actually didn’t matter if they voted in the USSR, much as it didn’t in America in 2020.

But what our good little Socialist leader told us is frightening, and very telling. Now we know how the last election played out. President Brandon himself says so: