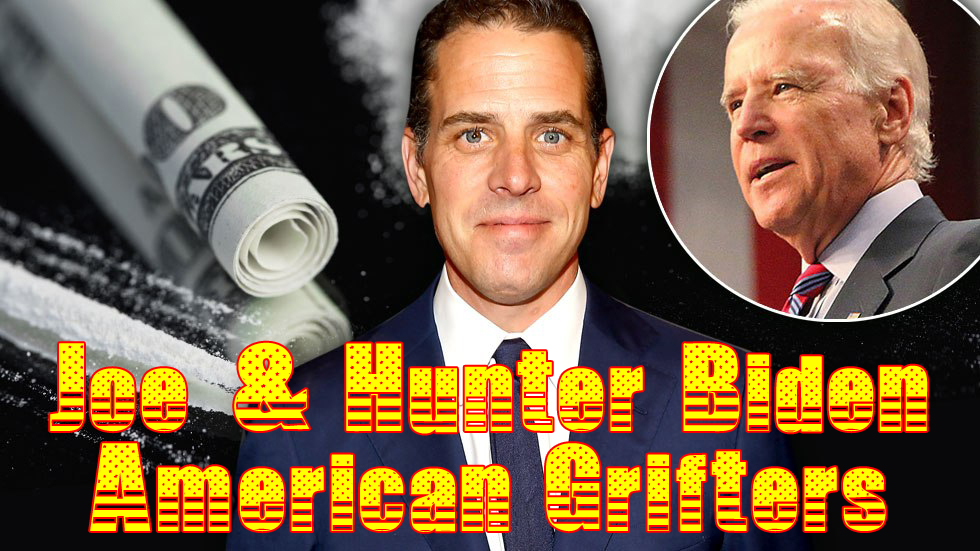 His people tell us that he is above reproach. His good deeds, charitable actions, and his lifetime of “public service” prove that he is intelligent, caring, honest, compassionate, empathetic, sympathetic, fair, and is as far from a divisive person as one may be, short of being a deity himself, which some suggest that he is.

He has announced himself as the “great uniter”. The one that would bring black and white, Latino and Asian, trans and straight, skinheads and non-binary lesbians, East and West, the forces of good and evil, Batman and Superman, all together to forever live in peace and tranquility with a side of harmony and goodwill to go with all that love.

His name is Joe Biden. A career politician with zero accomplishments on his resume, well unless you count naming some buildings/post offices, etc. as “accomplishments”. He has spent a lifetime merely existing, sucking off the government teat, while enriching his family via the Russians, Ukrainians, and Communist Chinese.

He has managed to build an extremely impressive portfolio of achievements (in his mind) via lying, prevaricating, fibbing, telling tales, telling whoppers, and then lying some more, with the assistance of CNN, MSNBC and the rest of the Socialist bought and paid for media. According to Joe Biden:

• He worked as an 18-wheel truck drivin’ man
• He graduated from an all-black college
• He graduated in the top 5% of his class in law school (Graduated 76th out of 85 students)
• He beat up a Corn Pop and his street gang all by himself (or rather there is zero evidence/witnesses to this one, and Corn Pop nor the street gang has not come forward)
• He was in a helicopter that was forced down in enemy territory (It was bad weather, not bullets.)
• He had a house that burned down and almost killed his wife (Biden told a crowd that he knows about fires “having had a house burn down with my wife in it…”. It was a small kitchen fire, minimal damage, the wife was never in danger, and the story has several versions, depending on the audience)
• He rode over 1.5 Million miles on Amtrak (He did ride the rails of Amtrak, but his mileage, the time, and related stories are, shall we say, fanciful?).
• He was arrested while attempting to visit Nelson Mandel in prison
• He was arrested while marching in the civil rights protests in Alabama in the early ’60s
• He repeatedly calls the protest of Jan. 6 in the nation’s capital as being an “insurrection”, “treasonous”, “seditious”, which are all death penalty offenses. Yet oddly, after a year not a single individual has been charged with insurrection, treason, sedition, attempting a coup, or otherwise overthrowing the government of the United States.
• He said that within 15 years “every single” hospital bed in the US would be filled with Alzheimer’s patients.
• He repeatedly states that he has “traveled 17,000 miles with” Chinese Communist Party leader Xi Jinping.
• He claimed that ending a minor tax break for racehorse owners would raise $9 Billion which would be enough to pay for free community college for all.
• He said repeatedly that his $3.5 TRILLION Build Back Better agenda costs nothing. (Anyone with an IQ higher than their shoe size realizes that $3,500,000,000,000 is higher than $0 no matter what Joe Biden, Jen, Nance, and Chucky say)
• He recently told the graduates of a historically Black college that he was a civil rights activist, and he helped “desegregate restaurants and movie theaters” while he was growing up in Delaware where he attended a Black church. Note that in 1987 Joe Biden unequivocally stated “I was not an activist…I was not out marching. I was not down in Selma. I was not anywhere else.” (Fact)  See Video Below
• He claimed that “By working with business and labor, my administration has been able to handle the huge surge in goods moving through some of our biggest ports.  And that has translated into shelves across our country being well-stocked.” (He thinks we don’t see the 1/3 empty shelves, rearranged stores, much smaller selection of products, etc.)
• “I give you my word as a Biden: If you make under $400,000 a year, I’ll never raise your taxes one cent. But, I’m going to make those at the top start to pay their share in taxes.
• President Biden on August 19: “If there’s American citizens left [in Afghanistan on August 31], we’re gonna stay to get them all out.” (Disgusting lie!)
• He said Georgia’s change in voting hours was racist: “It ends voting hours early so working people can’t cast their vote after their shift is over.” (It actually extended voting hours)
• He repeatedly promised, not just stated, but promised that if elected President that his administration would “cure cancer”. (Not a word about actually curing cancer since he took office. This one is particularly personal and offensive)

The above are a few examples of President Biden LYING to the American people. But it doesn’t matter what he says, or how many times he says it, as Democrats, the DNC, and the MSM (CNN/MSNBC/NYT/WaPo, etc.) give him complete cover for any and all lies in perpetuity.

And those are just a sampling of the lies he maliciously repeats daily. People say he’s got cognitive problems, which is true, but he is aware of whether or not he hates America, and his true colors, i.e. a gold star on red background, are shining brightly.

Here are videos of Dear Leader Brandon in his own words: