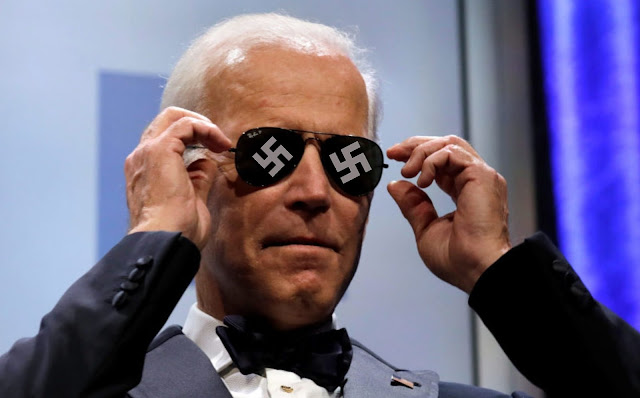 Joe Biden is “sick and tired” (his words, not ours) of you, the American people not being appreciative of the job he’s done and the sacrifices he’s made for YOU as POTUS these past 14 months.

Biden hated Trump and routinely called him Hitler and a Nazi. Biden stated about Trump, “Only a Dictator legislates through Executive Order”. And then a couple of months later he issued 37 Executive Orders within a couple of days of being sworn in as POTUS. Count ’em folks. Obama issued 7 EO’s his first week and Trump issued 5 EO’s. Joe Biden issued 37. Who’s the Dictator?

Biden complains that we the people, blame him for “everything”. We blame him wrongly for inflation he says as that is 100% on Putin. (History Lesson #1: The rampant inflation in the US started in January 2021. Putin invaded Ukraine in February 2022). No correlation, but it’s a great story for CNN and MSNBC to pursue for the next 4 months.

Biden claims that we blame him for $5 a gallon gas. Gasoline, which is approaching $5 a gallon cost $1.71 a mere 15 months ago. But it’s not his fault he complains, it’s that Commie Putin’s invasion of Ukraine and that Orange Man Bad’s prior policies that caused this inflation. Milk that was $2.12 in November of 2020 is now $3.32. Bacon that was $3.98 is now $7.98. These are real prices that are hurting real Americans and they are the fault of real policies by the current President. It is 100% Putin’s fault says President Brandon.

Biden complains that we blame him for the supply chain snafus that have plagued the nation for many months now, with no sign of easing. That’s wrong he says because it’s the greedy corporations that are trying to maximize profits. (History Lesson #2: As a company, you actually make more money selling your products than you do having them sit on cargo ships for months at a time waiting to be unloaded). He partially blames this on Trump’s policies as well, though which policies were never defined.

In 2020, Ex-Senator, Ex-V.P., and pathological liar Joe Biden was running for the Presidency from the basement of his Delaware home. He would make scripted campaign appearances every 5-10 days that never lasted more than a few minutes, questions were pre-approved, and every movement word was tightly controlled to show Biden as a strong, youthful leader full of vitality.

A normal Biden campaign event drew from 75-300 people with 25% being the press, while his opponent routinely filled huge stadiums with 25,000 people or more during his campaign appearances.

Hunter Biden had a laptop that had the evidence of corruption for the entire Biden continuing crime company on it, along with videos of Hunter smoking crack with prostitutes, with multiple prostitutes, with underage prostitutes, doing very nasty stuff, but Biden, the DNC, the FBI, the CIA, the NSA, all the intelligence agencies, and the mainstream media told America that the laptop wasn’t “real”. It was Russian disinformation. A Russian trick. It was as real as the PeePee Dossier they guaranteed us!

Note: As to Hunter’s laptop, “People familiar with the investigation said prosecutors had examined emails between Mr. Biden, Mr. Archer and others about Burisma and other foreign business activity,” the New York Times writes. “Those emails were obtained by The New York Times from a cache of files that appears to have come from a laptop abandoned by Mr. Biden in a Delaware repair shop. The email and others in the cache were authenticated by people familiar with them and with the investigation.” But Biden and the media did a masterful job of squashing that legitimate news story so that Biden could be installed as the Big Puppet, which is exactly what he is.

Yet supposedly 81,000,000 (81 million) of you voted for him and not the guy that drew the humongous crowds. That is the most votes any Presidential winner in history has ever garnered, by 12 million votes! And he didn’t even have to make campaign appearances, tell us about his policies, etc. Crickets. The media took care of that as they told us he was the most intelligent, the savviest, the most caring, the most compassionate, the one with the most honor, the all-knowing one, the strongest, the wisest of all.

And he had all the answers to the unconscionable high prices for gas, food, utilities, cars, housing, insurance, phone bills, and everything else which were all the fault of the evil, wicked, mean, and nasty Orange Man Bad.

And the media repeated DNC Talking Points day in and day out for 18 months, which was that Joe Biden and only Joe Biden had the magic wand that would cure all sickness, fix hunger, bring all peoples and nations together in peace, he promised his administration would actually cure cancer, repair the fake climate change devastation, etc, and that Orange Man bad was a Nazi, Hitler, a hater, a racist, a homophobe, a transphobe, a xenophobe, and those were his good traits they told us.

So misguided souls in America allegedly voted into office the most corrupt, mentally deficient, oldest, weakest piece of crap the DNC could dredge up. (These are the same people that tried to foist Hillary on us a few years ago, remember?) Yet, they can’t prove that 81 million people voted for him as they don’t have the paperwork, evidence chain of custody to back it up that all other elections are required to have. They can’t prove that half that number voted for him.

They can scream from the rooftops that there was no voter fraud, but that doesn’t make it true. 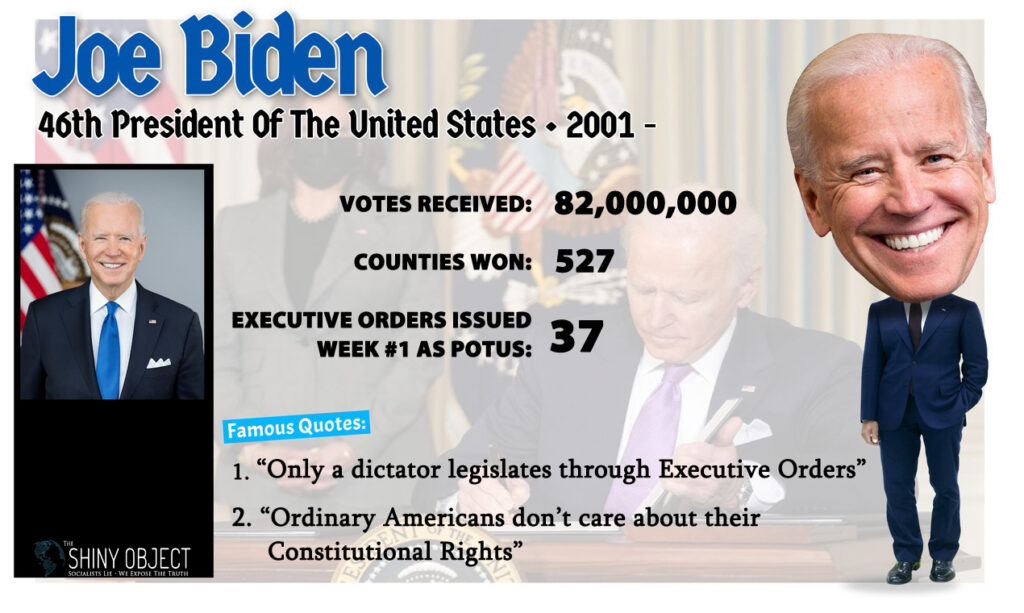 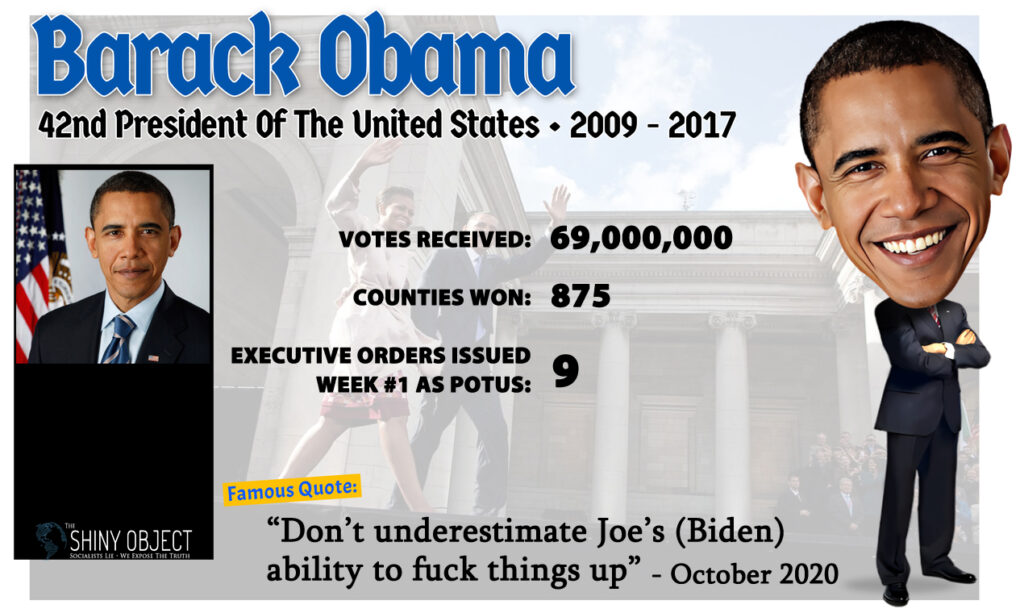 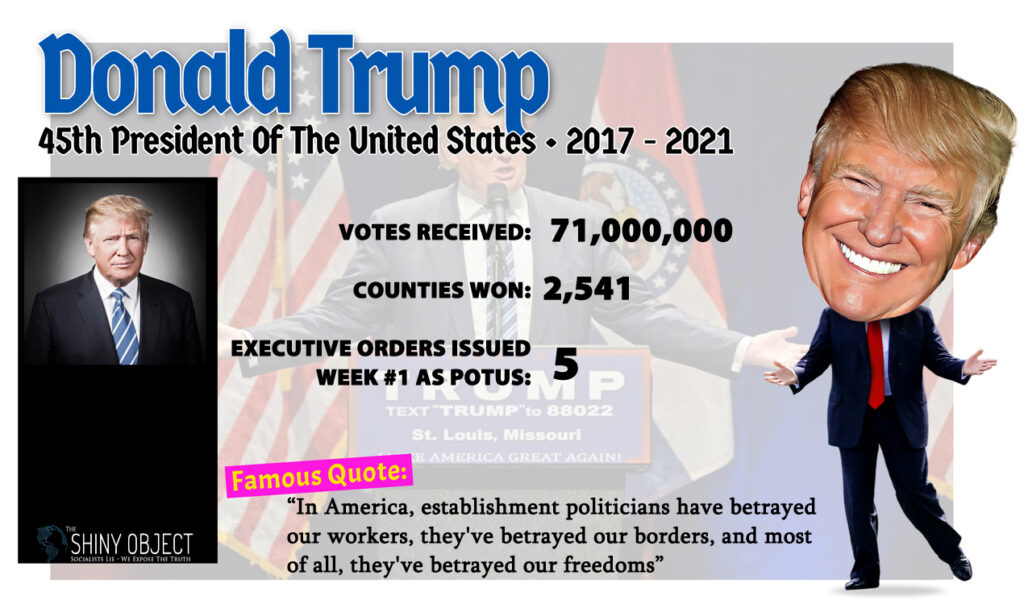 Just look at the math. Something doesn’t add up.