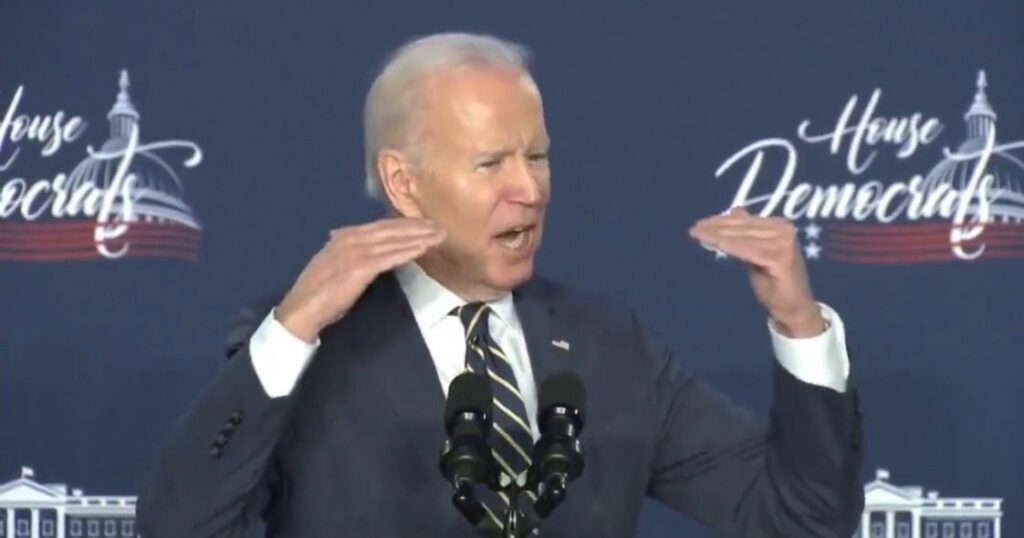 Since before Biden was inaugurated, prices started rising due to the threats/promises his people made about opening the border, destroying the immigration system, shutting down the Keystone XL pipeline and numerous other n0n-Green energy projects, and promoting numerous other anti-business and anti-capitalism policies.

Recall that his administration, on Day One, started dismantling the American infrastructure with the Left’s stated goal of turning America into a Socialist Third World paradise ala Venezuela and Cuba, two of their most successful and beloved Socialist governments.

Here’s just a sampling of the lies they used as Ths Shiny Object, to get your eye off of the real reasons.

Feb. 2021 – There won’t be any inflation in the Biden administration but we will have to dig out from the deficit and reckless spending of the previous administration.

June 2021 – The Covid virus (aka Wuhan virus) has caused untold damage to our economy and ravaged the population causing hundreds of thousands of deaths. Just remember, when Biden took office there was no vaccine, no plan to distribute a vaccine and they were fixated on “Russian Disinformation”, i.e. Hunter Biden’s laptop. (Which has now been verified to be real and damaging to the President and his associates.)

October 2021 – Americans are working at much better and higher-paying jobs under the Biden administration and after the lockdowns, they are taking well-deserved vacations creating a shortage of gasoline.

December 2021 – It’s really those greedy corporations that are exploiting not only their workers but causing untold damage to the American people.

January 2022 – It is the oil and energy sectors that are price gouging American families.

March 2022 – It is Vladimir Putin and his invasion of Ukraine in late February of 2022 that caused the 8% inflation in America during the year 2021.

When will they blame the obvious and real causes of inflation which have been Biden’s Fed and monetary policies?

Next, they’ll be blaming inflation on a shortage of puppies, play dough, rainbows, and Unicorns.