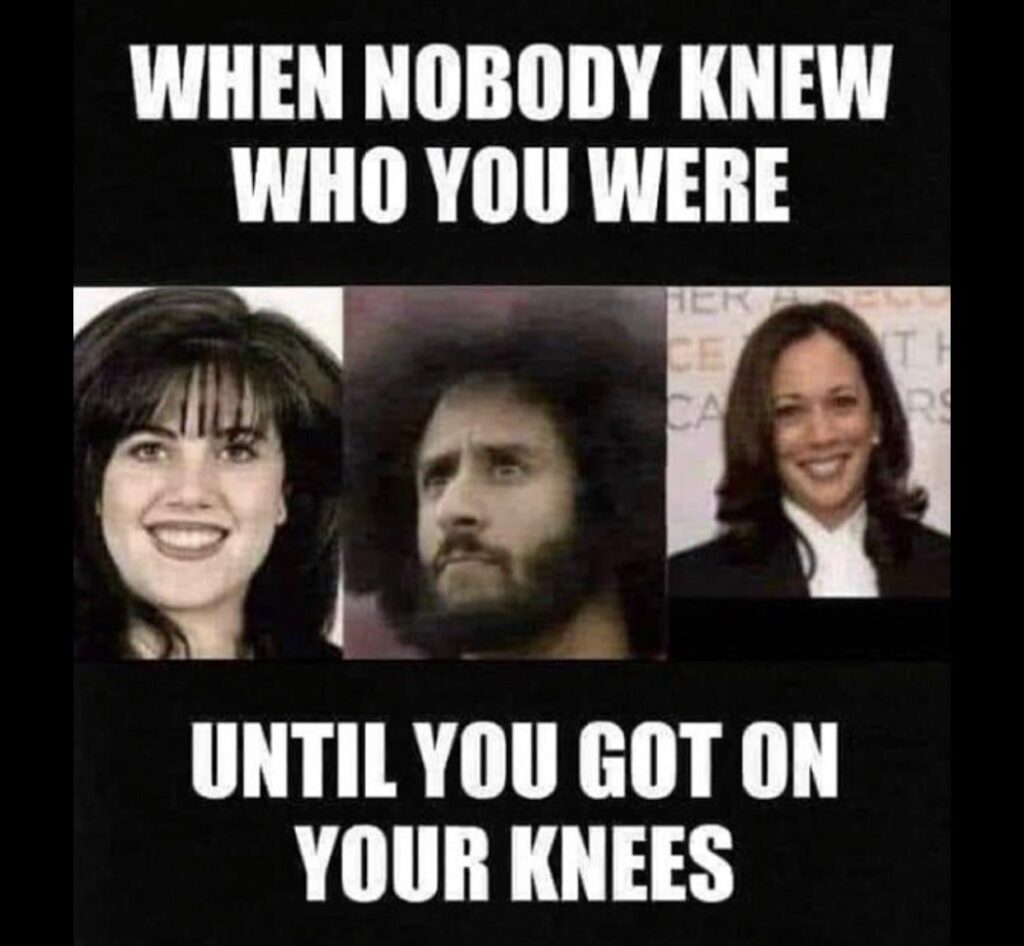 It must be wonderful to live in a Socialist bubble where the media protects you, deflects for you, and projects your every word and action that they feel puts you in a positive light. According to the MSM Harris is the epitome of what a Vice President should be. She can do no wrong. She’s the brightest bulb in the socket. Blah blah blah.

That’s the bubble VP Kamala Harris lives in. We’re just going back to the last Presidential campaign when Harris was calling out Biden on a daily basis for Biden being… well Joe Biden. What more can we say?

But as we’re based in reality we are not going to accuse Harris of calling Biden a racist because she didn’t per se. We’ll leave that to other right-leaning pundits. They can interpret things as they wish, as will we. Although she did allude to Biden being a racist due to his close association with Senators Eastland and Talmadge, allegedly racist members of the Senate. To her credit, she did it woman to man, in person, face to face. One of the few times she hasn’t used the media to shield her.

But she spent month upon month attacking Joe Biden as a bad man with low moral character, a ‘racist’, anti-abortionist, was against cheap health care for poor people, a sexual predator/sniffer/groper, and more.

Then, when approached for the Vice Presidential slot she oddly gushed all over the “Big Guy” and accepted without hesitation which goes to her character. She lacks one. She has no principles and is only grounded in furthering her stock via Socialist ideology, at any price, even her own dignity. Willie Brown must have already taken what dignity she had several years ago and tossed it into the trashbin of antiquity.

One has to wonder why Biden and his people would choose Harris for the slot? But it’s evident they required someone that was not very intelligent and lacking in character. She clearly couldn’t form qualified opinions on her own, as evidenced by her ‘record’ so she was the perfect person to do what she’s told, when she’s told, without question. They needed someone who had never gotten their next ‘job’ because of merit, but that had used the system. This way they could in turn use her and it’s all good, in a Socialist kind of way. That is what they do.

Harris was not a little ‘yes’ girl wanting “fweedom” any longer in early 2020 when running for President. She was the lowest-ranked candidate out of the 20 or so candidates, and she spent the most of any candidate up to that point, $39.7 million, on her campaign. She then dropped out in December, despite complaining to fellow Leftist Mazie Hirono of Hawaii that “I’m fucking moving to Iowa” in September as a final effort to spark energy for her campaign. The real reason she ended up dropping out before the primaries started was due to her 3% approval rating in the Iowa caucus. Even people who really don’t know her didn’t like her and/or her incessant cackling, and we still don’t.

Just a little history on America’s Vice President Kamala (pronounce it however you like, she does!) Harris’s love of Joe Biden:

CRITICIZES BIDEN’S STANCE ON BUSING AT FIRST DEMOCRATIC PRIMARY DEBATE
Harris challenged Biden’s opposition to federally mandated busing when he was in the Senate.

HARRIS BLASTS BIDEN FOR HYDE AMENDMENT FLIP-FLOP
Harris called Biden’s past support for the Hyde Amendment “unacceptable” at a Democratic primary debate. The amendment prohibits the use of federal funds to subsidize abortions except for cases of rape and incest or when a woman’s life is endangered.

HARRIS AND BIDEN CLASH OVER HEALTH CARE PLANS ON DEBATE STAGE
Before Harris backed off a full-scale “Medicare-for-all,” she was vehemently arguing for it in the early primary debates, pressing Biden who has always said that single-payer health care would cost too much. The two went at it over this issue.

HARRIS SAYS SHE BELIEVES BIDEN’S ACCUSERS OVER SEXUAL HARASSMENT CLAIMS
“I believe them, and I respect them being able to tell their story and having the courage to do it,” the California senator said on April 2019.

HARRIS SAYS BIDEN SHOULDN’T HAVE USED ‘LYNCHING’ WHEN REFERRING TO CLINTON IMPEACHMENT
After President Trump referred to his impeachment process as a “lynching,” video emerged of Joe Biden using the same language to refer to then-President Bill Clinton’s impeachment in 1998. Harris was pressed on this and said it was right for Biden to apologize.

Well, this is where we thank Joe Biden for bringing us this fine piece of work.