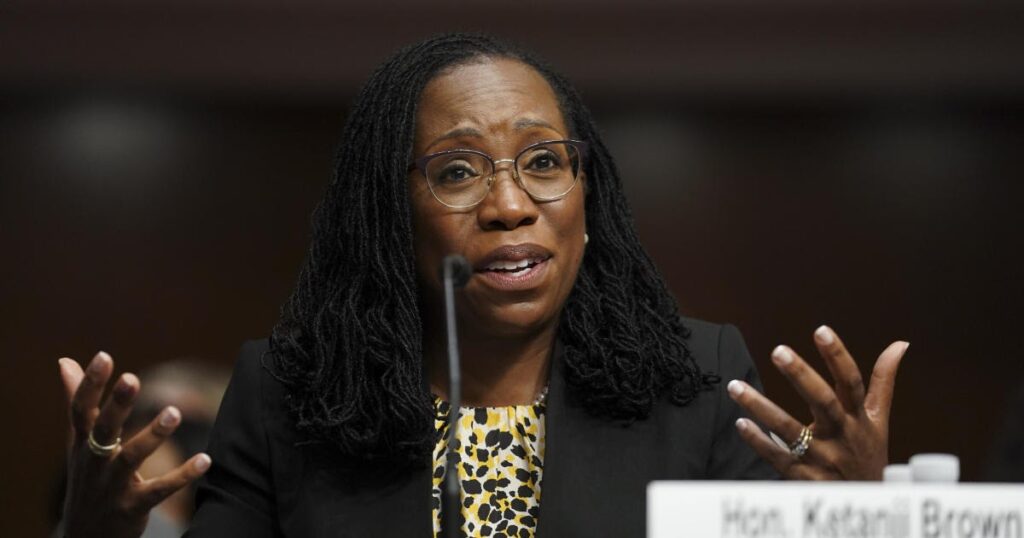 We’ve got nothing against Judge Jackson, we will allow her record to speak for itself.

Judge Ketanji Brown Jackson is a supposedly respected jurist but is she an honest person. Her answers, or refusal to answer basic questions raises major red flags in going forward with her confirmation.

So is she an ideologue, a liar, or just plain stupid? We seriously don’t think she is stupid, so she’s either an ideologue or a liar. Our bet is that she is a lying ideologue.

How is it that a sitting Federal Judge cannot or will not answer those four simple questions? Brown thinks like many elitists, that they are “in charge” of us and we the little people have no right to question her mindset and views on legal matters.

This alone should disqualify her from being considered for the Supreme Court. If she can’t be open and honest with the American people, we surely don’t want her deciding what our rights are, or are not, in the future in secret deliberations.