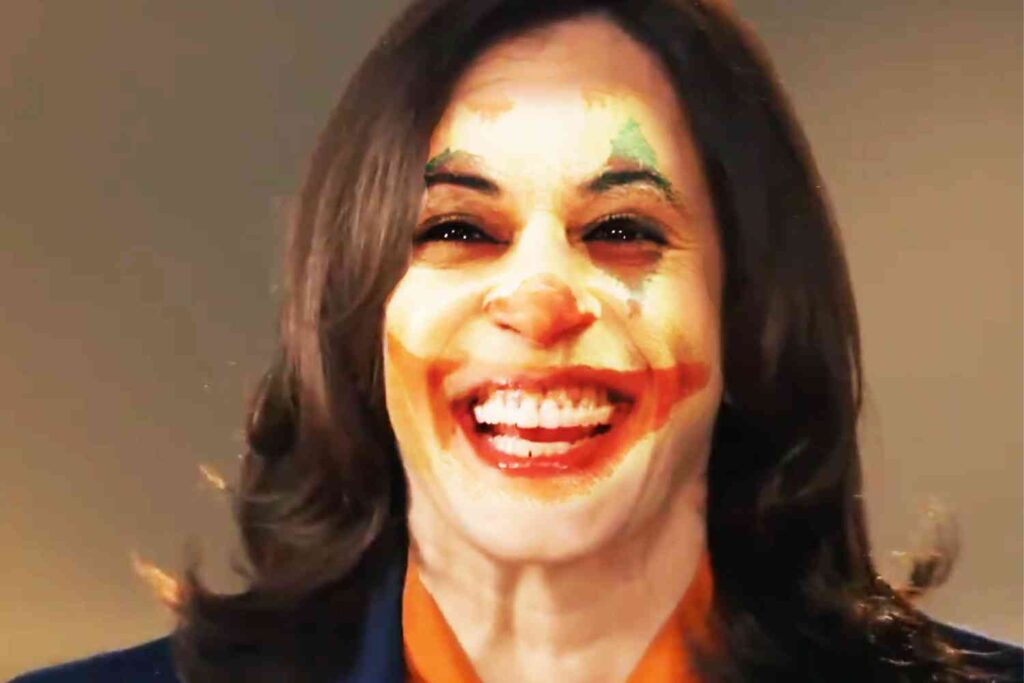 Kamala is simply unable to not step in it, no matter how high she jumps. She is a certified mental midget, and this is comparing her to that clown of a boss of hers, Joe Biden, so the bar is set really low to begin with. Realizing that we are to respect the Vice President and President, it is painful to watch the cretins that the Democrats have saddled America with, especially since the election was definitely “tainted” to say the least.

Let’s take a trip back and review Kamala’s elucidations and other words of wisdom from the past few months.

(1) We all thought that Einstein had shown us the relativity of time and space. He had a formula and everything, right? He theorized that space and time are physically related, which has since been proven to be correct. And then comes along Kamala with her brilliant and insightful thoughts (or lack thereof).

(2) Where would we all be without learning geography? We learned all about it in school when we learned those subjects rather than transgender studies and putting condoms on cucumbers. But we must admit that Kamala knows her geography, too bad she was trying to school people who grew up in Europe and know where Ukraine and Russia are and their relative size.

(3) Kamala has a thing for time it seems. We agree it is time for her to resign and leave us alone. She gave a group of educated adults this inspirational message:

(4) After being appointed to fix the Southern border crisis, Harris spent the next 6 months visiting everywhere but the border. When finally pinned down in an interview and asked point-blank why she hasn’t visited the US Southern border since she was appointed the border czar, her response was classic Kamala:

(5) Harris was speaking to NATO leaders, and after strangely laughing about Ukrainian refugees, when she offered them this word salad:

(6) While Harris is clearly not an intellectual, the American people deserve better than the affirmative action empty vessel they’ve installed as V.P. While trying to excite people about Joe Biden’s excellent job performance over the past 14 months she told a crowd:

“Because as we all know, elections matter. And when folks vote, they order what they want, and in this case they got what they asked for. I went off script a little bit.” – Kamala Harris, February 2022

(7) Harris speaks of why younger people sometimes don’t make the best choices. Rather than speak of their immaturity, lack of life experience, naivete, etc., she blasts them as all being stupid. How humane of her:

(8) Harris uses a word salad to explain something about Jamaica. If someone can translate I’m An Idiot into English, please contact us:

“For Jamaica, one of the issues that has been presented as an issue that is economic in the way its impact has been the pandemic. … We will assist Jamaica in Covid recovery by assisting in terms of the recovery efforts in Jamaica that have been essential to, I believe, what is necessary to strengthen not only the issue of public health but also the economy.”