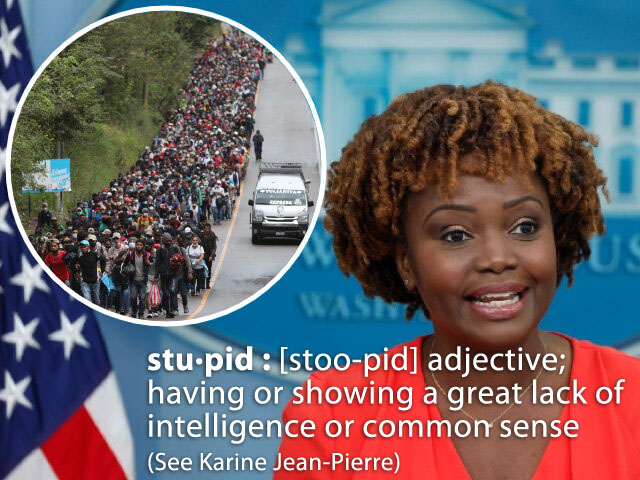 We call all of those quotes the epitome of stupid, especially since we’ve had approx. 5,000,000 illegal crossers that Border Patrol knows about since Biden was inaugurated.

Nothing more need be said. This thing says the border is secure, there is no inflation, gas doesn’t ‘really’ cost more, fentanyl (what fentanyl???), Republicans are terrorists, and that killing babies saves lives.
The science is settled. Karine Jean-Pierre is STUPID with capital letters.
Tags: karine jean-pierre liar stupid