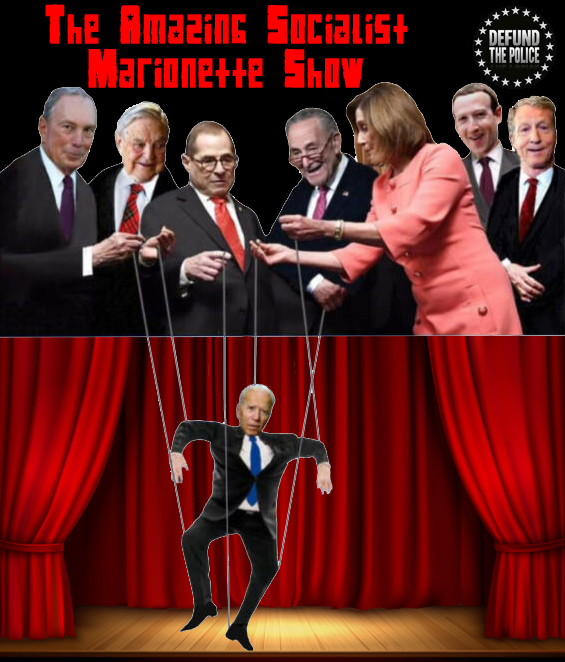 If you were an intellectually honest person and you were asked to give an honest assessment of the character and talents of President Joe Biden, what would you say?

Is Joe Biden the smartest man on the planet?

Is Joe Biden a personable person that created a working relationship with other world leaders?

Is Joe Biden a political mastermind that can work across the aisle for all Americans?

Is Joe Biden a brilliant tactician that surrounds himself with the best people for the job?

Is Joe Biden a decent and honest man that has America’s interests at heart, as any President of the US should?

Joe Biden is an arrogant man of modest capabilities, with delusions of grandeur, that is an avid America hater, who will support any cause for enough money, that is in severe cognitive decline, that has surrounded himself with, at best, people of mediocre talent that control him like a marionette controls the puppet, which is what Joe Biden is.

Exactly what type of person is Kamala Harris (No matter how it’s pronounced. She herself pronounces it two different ways.)

If you were intellectually honest and you were asked to give an honest assessment of the character and talents of Vice President Kamala Harris, what would you say?

During the Presidential Debates last year she garnered zero support for her presidency. Of course, she blamed it on racism, sexism, and that she wasn’t a billionaire and couldn’t afford to finance her own campaign, which is tantamount to admitting nobody likes you as they were not contributing to your campaign. One out of three isn’t bad for a pathological cackling liar.

She uses(d) drugs, yet locked people away for decades for possession of pot. She allowed murderers to walk free. She believes that America is racist, evil, and abhorrent to the core.

When asked about abortion, she cackles, then lies.

When asked about the southern border, she cackles, then lies.

When asked about quality education for our children, she cackles, then lies.

When asked about the 13 dead Marines during their Afghanistan debacle, she cackles, then lies.

When asked about anything serious she cackles before coming up with some cover all bases canned bullshit that she’s memorized.