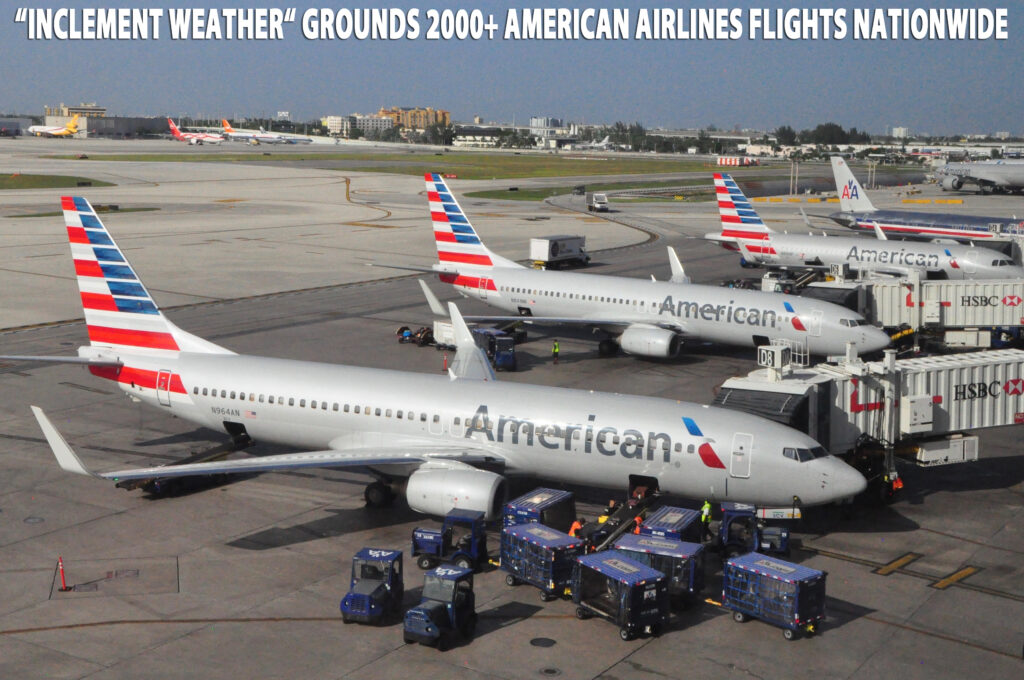 If you look hard enough through the rain, wind, and snow, you can see American Airlines planes sitting on the tarmac waiting for boarding when the weather clears.

American Airlines canceled thousands of flights Friday through this morning. AA, based in Ft. Worth, TX released a statement relaying that it continues “to see improvement in its flight schedule Monday” and they are expecting “considerable improvement” come Tuesday. They said they will continue to experience “some residual operational recovery” due to this past weekend’s weather difficulties.

Weather was at the forefront of their blame game throughout the weekend as the media fed their flames. But the facts tell a different story.

So possibly 10% of the flight delays were weather-related, and 90% were not.

Yes, there were some high winds at times in Dallas on Thursday, not all the time. Same with Friday. Same as every year. Same as every decade. It’s Dallas, TX, where the wind blows.

Weather? Really AA? You make Naziesque mandates to your employees, threaten to fire them, force employees to attend mandatory “WOKE” or “CRT” meetings so they can learn to deal with the shame and humiliation of their whiteness, and then blame the weather when you can’t get people to run your operation?

Sorry, but you are being less than open and honest.