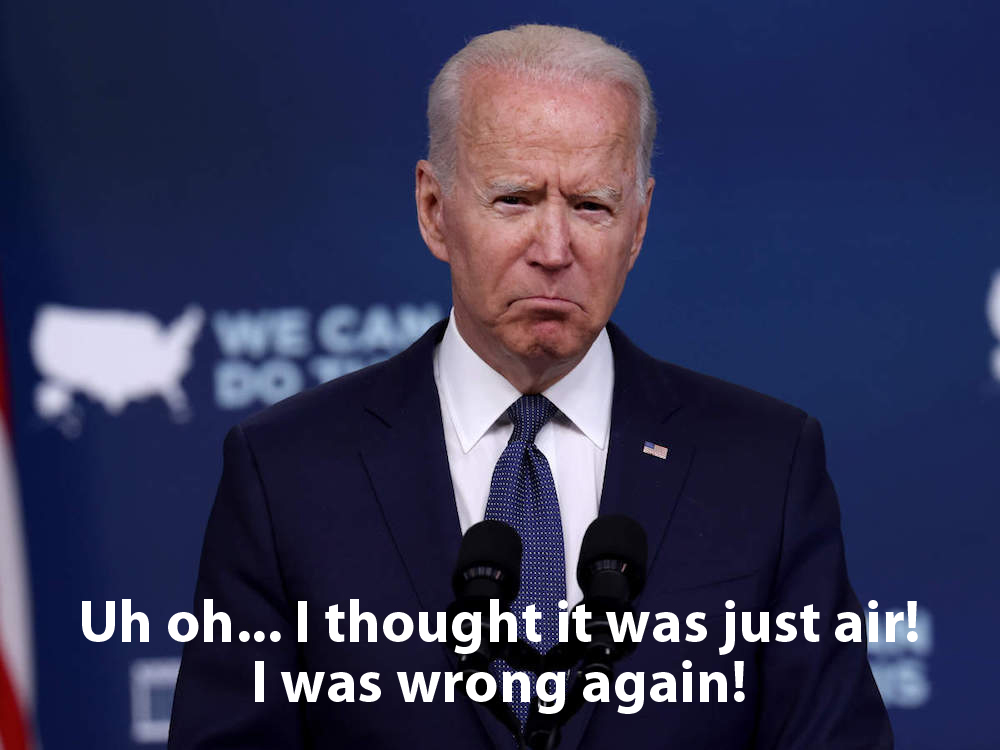 Let’s Go Brandon is causing a total meltdown of the Left. They sure can dish it out but are like little girly men when it comes to taking it.

CNN and MSNBC are screaming for federal terrorism charges to be brought against anyone saying “Let’s Go Brandon”. Firstly, none of the three words are obscene, racist, misogynistic, homophobic, transphobic, xenophobic or illegal to use in any way, shape, and/or form.

Secondly, Americans still have a right to free speech until you Socialists change it. It’s called the First Amendment to the Constitution of the United States of America. So live with it.

The Left is saying it’s rude, disrespectful, mean spirited, lacking civility, blah blah blah blah blah. But what was the “Slogan du Jour” when Donald Trump was President? We do remember…

On the TV. On cable. On radio. On the internet. At rallies. At BLM riots. At Antifa riots. While Leftists were firebombing Federal buildings. Four years non-stop of vile, vulgar, vitriolic filth coming from the mouths of Socialists against Trump and his family. It was Fuck Trump this and Fuck Trump that, day in and day out.

Now that their little Socialist Mr. Poopy Pants Biden is in office, all of a sudden you are not allowed to say anything that isn’t approved by the Committee beforehand? And we didn’t even know that there was a committee!

Edit: Just today a new chant has emerged, and it’s not flattering to VP Kamala Harris. The chant is “Kamala is a whore”. Now we disagree with this 100%, not because it isn’t true but because it’s extremely awkward for a crowd to chant.

Let’s go for “Kneel Kamala Kneel” as that is how she made her bones (no pun intended) in politics. It’s a well-known fact and is indisputable. This is why the Left never talks about her early political days like they do Pres. Biden.

For the Left and all of their hand-wringing and whining and moaning… A huge GFY.