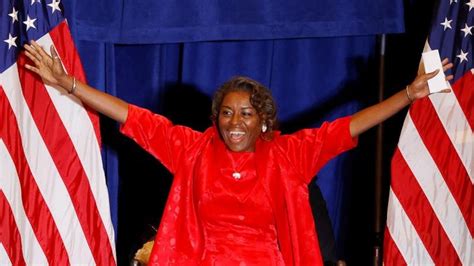 We have this stereotypical white supremacist, you know who I’m talking about. A white man, a skinhead, with swastikas, white power and/or SS tats, etc. They stand out like Abe Lincoln at a convention of black little people, or is it little black people?

But now, the Left in America has gone totally over the cliff in their quest for Socialism and total domination.

Enter Winsome Sears. Black woman. USMC veteran. Jamaican immigrant. She was born black, rather than deciding later in life to simply “identify” as a black person, and was raised in a black household, by black parents. You can’t get much more black than that unless your name is Shaun King.

Yet, after winning the Virginia GOP Lieutenant Governorship on Tuesday night, Winsome’s victory was deemed a win for “white supremacy” in Virginia by the MSM. CNN declared white supremacy was alive and well in Virginia after Sears was declared the winner.

Not a single Leftist outlet congratulated her for her historic win, for breaking the “glass ceiling”, for taking a huge step forward for blacks in Virginia. They only saw a racist white supremacist, not a Black woman, because Winsome Sears is a Republican.

During her Wednesday morning victory speech, Sears gave us an insight into her persona. “When I joined the Marine Corps, I was still a Jamaican. But this country had done so much for me, I was willing, willing, to die for this country,”

When was the last time you heard a Socialist say that? They’re more than willing for you or your children to die for them, but not themselves or their own.