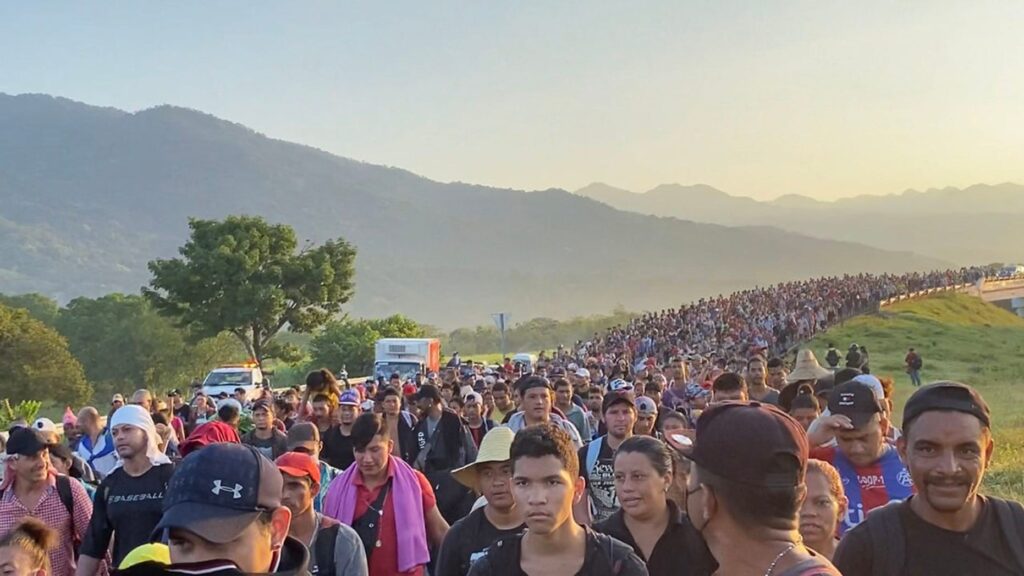 We're told by the MSM that the immigrants flooding the US are mainly families with the remainder being mostly women and children. This photo clearly shows that the overwhelming majority of these caravans are young men. Photos don't lie.

Person Patel continued “In a short period of time, the Biden administration continues to make considerable progress delivering on its plan.”

This is an odd statement to make considering in January 2020 the border was fairly secure. In February, it was wide open for anyone to come that wanted, just as remains wide open now.

So we went from 12,000 illegals a month to 200,000 a month and it’s Trump’s fault because he was so cruel and mean? It has nothing to do with the Biden administration’s “plan” according to person Patel.

The border surge did start during the Trump administration after Biden won the November election and told the world to come to America. Let us take care of you. Let us give you a new life, for free, forever. And the world is taking him up on his invite.

Biden then puts the incompetent VP Harris in charge of the border to fix it, and as the months go by, nothing is done. No hearings, meetings, teleconferences, nothing.

When confronted by a reporter and asked about it, Harris first cackled and said “I’ve been to the border”. This time Harris was being factually correct because 2 decades ago she did go to, or through, the border. Not in any official capacity, but she had been “to the border”.

And after several months, she finally visited the border, in El Paso, TX, which was 800 miles away from where 50,000 are crossing illegally, every week.

The American people waited, expecting a statement, a news conference, a Tweet, something? Anything?

From February 2021 to September 2021 over 1.5 Million people illegally entered the US, which we know of. It will be well over 2 million illegally entering in only 11 months and the manufactured crisis continues unabated.

The Biden administration reports it has issued several thousand Orders To Appear at immigration hearings, while another 1.5 million were asked to please call US Immigration within 90 days to arrange a hearing after arriving at their preferred destination.

This is the plan. Flood the USA with illegals, diluting the workforce, lowering wages, and creating a new and long-lasting Democrat voting bloc, while sacrificing our children’s future to appease a woke Socialist government that was illegitimately installed into office.