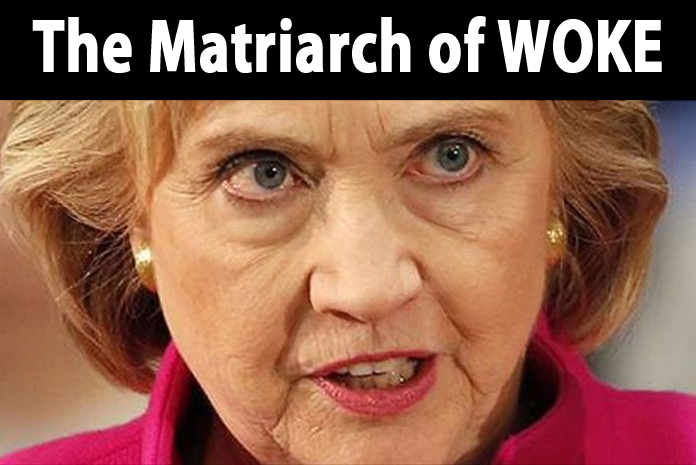 They consider anyone right of Karl Marx a danger to the republic and a domestic terrorist. In this case “anyone” is the parents of schoolchildren, US Armed Forces veterans, police, conservatives, Republicans, and most white people.

With new generations of youth to indoctrinate, you can teach someone that the sky is green and concrete is soft if that is what you teach them.

The woke generation decided that America is evil and racist down to its core and must be dismantled and reimagined. It started long ago, but Hillary Clinton and the DNC defined their enemy… a basket of irredeemables and deplorables. She was speaking of every Conservative, Independent, Republican, and anyone that wouldn’t and/or didn’t vote for her.

As Clinton is the matriarch of the Democrat party, her words carry more than just weight. They carry the call to action, which is basically an order. BLM and Antifa surely paid attention and realized that Obama had weighted the Justice Department, Federal and local courts, the FBI, the CIA, and an alphabet soup of government agencies with Socialist sycophants, just waiting to implement the ideas of the Dear Leader when possible.

So we had our 15 months of riots, arson, Federal buildings being firebombed, policemen being shot, assaults, large swaths of public streets and land taken over by anarchists, prostitutes, drug addicts, and other criminals (with the blessing of the city’s leaders), and as of yet, not a single person has been prosecuted for the $80 billion in damage and many lives taken.

We are already Second Class Citizens in our own country. They first labeled us as a basket of deplorables. Then they called us irredeemable. So Big Government teamed up with the left-leaning Big Tech, Social Media, Big Business, and the MSM to carry out a 24/7/365 smear campaign.

They already have had control of the educational, intellectual, and banking institutions for decades.

So now we are marginalized, silenced, doxxed, shamed, lied about, smeared, besmirched, and demonized at every turn. And OUR elected representatives at the Federal level are not up to the task.

I mean, c’mon man! Malarkey! They can’t even outsmart a doddering old man with severe cognitive issues? The sooner we realize that most of the Republicans are Adam Kinzinger in drag, the better off we’ll be as we’ll vote in a new crop of younger, savvy conservatives.

Can anyone say Winsome Sears?