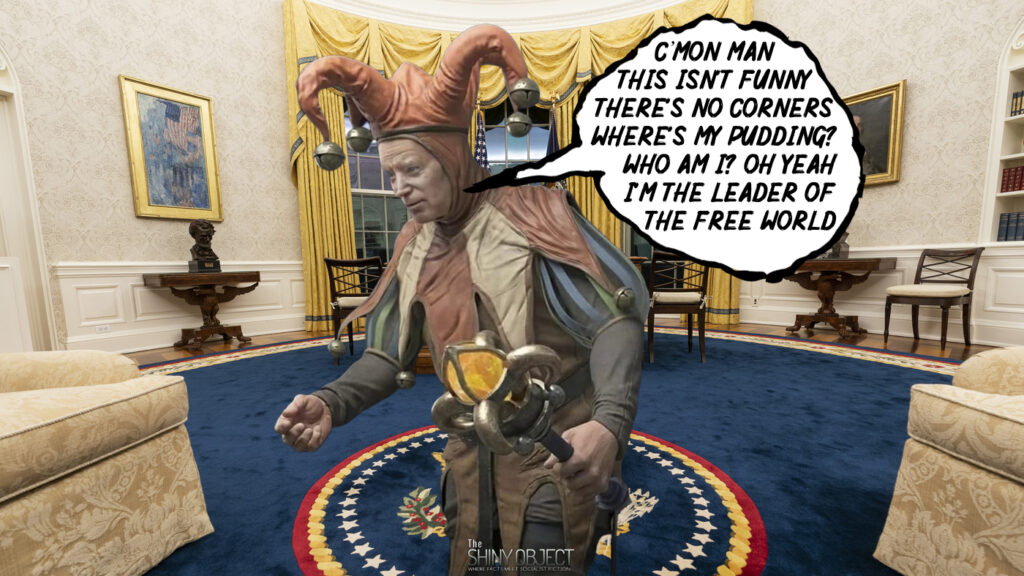 Yes, Joe Biden is President, and he isn’t playing games. If he was two things would be happening. He’d lose and he wouldn’t remember a thing 10-minutes later. But he is most certainly the court jester on the world stage. Yet he believes people take him seriously, which is a very dangerous thing as he has no control valve.

On a side note, congratulations to Ketanji Brown Jackson, America’s newest Supreme Court Justice. We wish her well and hope that she leaves her ideological leanings out of her rulings and adjudicates according to the law and the merit(s) of the case before her. That’s all we ask of her, and that is what she owes the American people. It’s time to leave the Leftist ideology behind.

President Joe Biden was giving a speech honoring her ascension to the Supreme court, so naturally, the onus is on Judge Brown Jackson, right? Well, not really so much in Bidenland as he went totally rogue on her. With a prepared transcript sitting right in front of him, all he had to do was to read and/or reference it, but he seamlessly shifted from extolling her virtues to:

“America’s a nation that can be defined in a single word… I was in the foothills of the Himalayas with Xi Jinping, traveling with him, that’s when I traveled 17,000 miles when I was vice president. I don’t know that for a fact,” Biden rambled incoherently, obviously wandering way off-script. And this is the guy that just had his *nominee* installed on the Supreme Court. Knowing Biden, she passed the “sniff” test and that’s all she needed to do.

There comes a point where even the most ardent and ideological Socialist has to say “C’mon Man” isn’t there? If this isn’t the defining moment of his mental state, what is? He needs to go, and he needs to go now. He’s literally killing America, one day at a time.

Tags: biden does it again Incoherent Biden what???