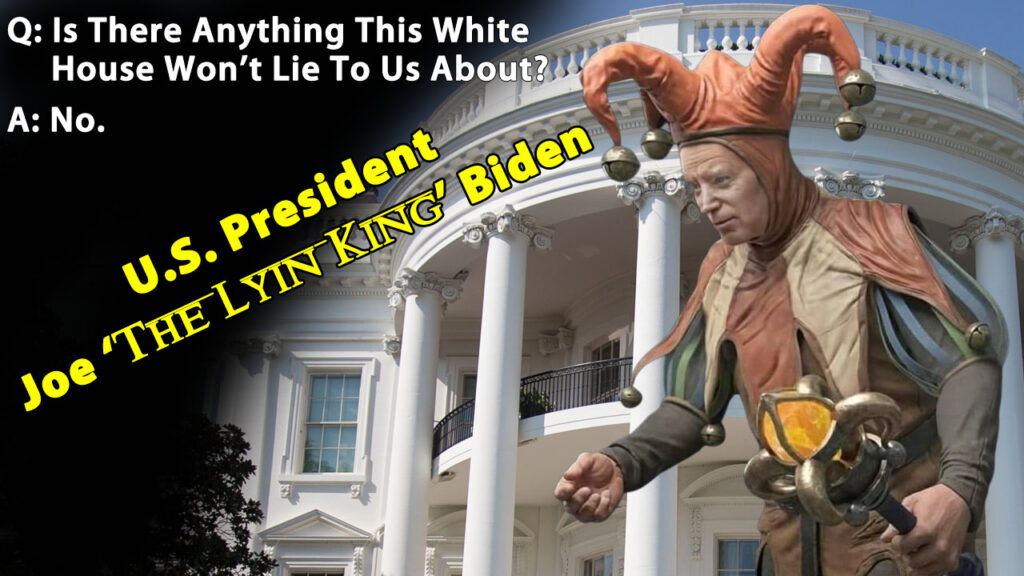 What about inflation? What is being done to address it? Why is it that we can’t get a simple answer from those that we elected to govern us? What is it?

Ignorance? Stupidity? Laziness? Or just doing what Socialists do (i.e. lie)? What is the reason we cannot get one single coherent answer from our White House and its minions? Everything is either word salad that means nothing or is a rambling series of disconnected statements attempting to make the speaker sound educated and knowledgable, and fails miserably at both.

Inflation is only a 2-month-old phenomenon according to the White House and President Joe Biden. He had 12 months of clear sailing and everything in America was just grand. But if you’re not a Democrat, you know that is a bald-faced lie. Inflation is real, long-term, and is hurting people today.

These are the “facts” as given by the Bureau of Labor Statistics on Wednesday, April 13, 2022. Yet the Biden cabal is sticking with their mantra of there is no inflation, and even if there is, it’s “good” inflation! Don’t worry about it! It’s all under control. Trust us. We’re from the government and we’re here to help.

But the truth, the facts, with no spin, is that the prices for goods and services producers receive rose in March at the fastest pace since records have been kept, the Bureau of Labor Statistics reported Wednesday. The fastest rise in inflation in history, and the President and his cabal (can’t call them an administration as they don’t administrate anything).

Yet the Biden White House and their paid liar Psaki has been telling us for 15 months that the rampant inflation is absolutely without a doubt not the fault of President Biden, The White House, or Joe Biden’s cabal’s policies. Further, she really wants you to know that even if some of us feel the pain of inflation, it’s our collective imagination. It may seem as if things are more expensive, but taking all things into consideration, things are really, REALLY good in the USA right now.

Then she morphed into that IF there is a little inflation that is affecting our daily lives, it can be attributed to a myriad of “reasons”, which are all lame excuses and lies that Psaki has offered us over the past 15 months.

The Official White House/President Biden’s reasoning is that inflation is:

Okay. Did you get that? There was no inflation until the middle of February 2022, according to the President, the White House, Democrats and the Socialist mainstream media. Gas and food prices didn’t go up until about 60 days ago.

They need it to because if not, the Democrats are in for an epic shellacking come November, the likes of which could take several election cycles to correct, even for the cheating and lying Socialists.