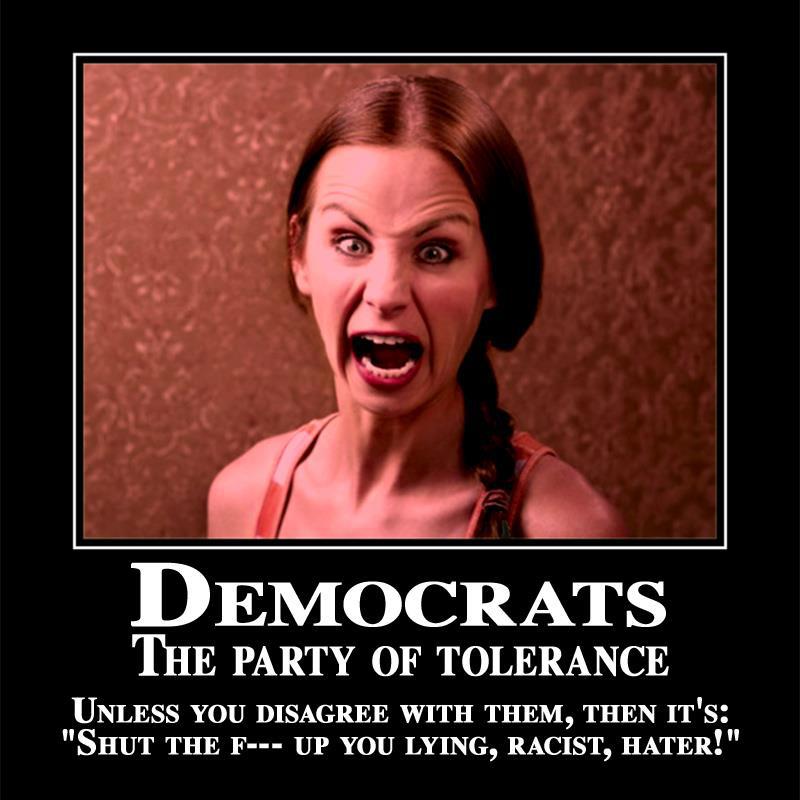 The Left doesn’t have a “Day of Rage”, as they are in a constant state of rage so far in the 21st Century.

It’s one thing after another, and it’s cyclical. They keep going back to calling anyone right of Stalin a Nazi, racist, hater, homophobe, xenophobe, etc. if they don’t agree with them. No debate, no questioning anything, you either accept their agenda or you are a Nazi and a racist. Every election cycle it’s the same thing.

But it’s not Republicans that have acted out over… well anything. Republicans don’t riot, commit arson, loot stores, murder policemen, set police stations on fire, attack Federal buildings with firebombs, take over large swaths of public property and declare it an “autonomous zone” and then run out all decent people and shut down all the evil capitalist stores and shops. This is a trademark of Communism, i.e American Socialists, i.e. the Democrat Party. This is what Liberals do, repeatedly.

They are incapable of just accepting the fact that not everyone believes in Unicorns, that Hillary Clinton is the smartest woman in the world, or that Joe Biden got 82 million votes. It’s over half of the country that doesn’t believe in all three of the aforementioned. Snowflakes are the clear minority, although they’ve got 99% of the media and the Biden administration backing and protecting them.

The latest trigger that has set off the miscreant morons was the illegal leaking of a draft opinion from the Supreme Court. It was speaking of overturning Roe v. Wade and turning abortion over to the states to handle, not the Federal Government. This was a good thing for everyone, especially the babies that were going to be killed at 8 months old.

Most states do have abortion available, though about 16 are somewhat restrictive. Roe v. Wade has been in place for less than 50 years, but it’s not enshrined in the Constitution as Liberals say it is, and the words abortion or killing babies are not in the Constitution. This is merely the people of America’s choice, not the mobs that the Left sends out to threaten justices and protest at their homes. This is illegal, but the President endorsed it. The Left is overreaching and will pay a steep price come November.

This would be tantamount to a three-year-old throwing a tantrum because they didn’t get the ice cream they wanted. The parents can either give in to the child’s wish (the mob) or do the right thing and ignore the tantrum/mob. One must give the Socialists credit though. They can mobilize thousands of morons, paid morons albeit, to immediately protest any cause or person they deem “radical”, i.e. Right of Stalin. And they do it with regularity.

The Left is calling this “the end of women’s health care in America” when 2 weeks ago the Left couldn’t even define what a woman was. They are saying “millions of people are going to die as a result of this decision”.  One said this was a “dark and disturbing moment in history”. These people are looney tunes, bat-s*** crazy, ready for the romper room.

It simply takes the Federal Government out of the equation, the way it was for 200 years, and puts it back to the individual states. America is a union of 50 states, not a Federation broken up into 50 districts like China. These people in Congress and the Senate need to sit down at some point and read the Federalist Papers, the U.S. Constitution, and the Bill of Rights.

These will explain everything they need to know about their job duties, and hopefully, they will note that the Constitution does not contain any language pertaining to homosexuals, transgenders, cis-genders, abortion, gay marriage, etc. Anything not enumerated in the Constitution is to be administered by the States, per the Constitution.

The first thing people should really be concerned about is that the Supreme Court has heretofore been impenetrable. They don’t have leaks. Ever. Now a clerk or one of the Leftist Justices has decided to attempt to sabotage our justice system from within, at the very highest level.

This person should be sought out, arrested, charged, and jailed immediately. So we can forget about having the FBI investigate this as they are the DNC’s Personal Protection Force. The FBI would determine that Trump, Ron DeSantis, and Ronald Reagan leaked it and recommend another Trump impeachment hearing.

The fact is that the draft opinion was from February and as Justice Roberts stated it was an opinion at that time and doesn’t reflect the current opinion or the final opinion that will be reached. Justice Roberts also said that the Supreme Court cannot be intimidated or bullied. That remains to be seen.