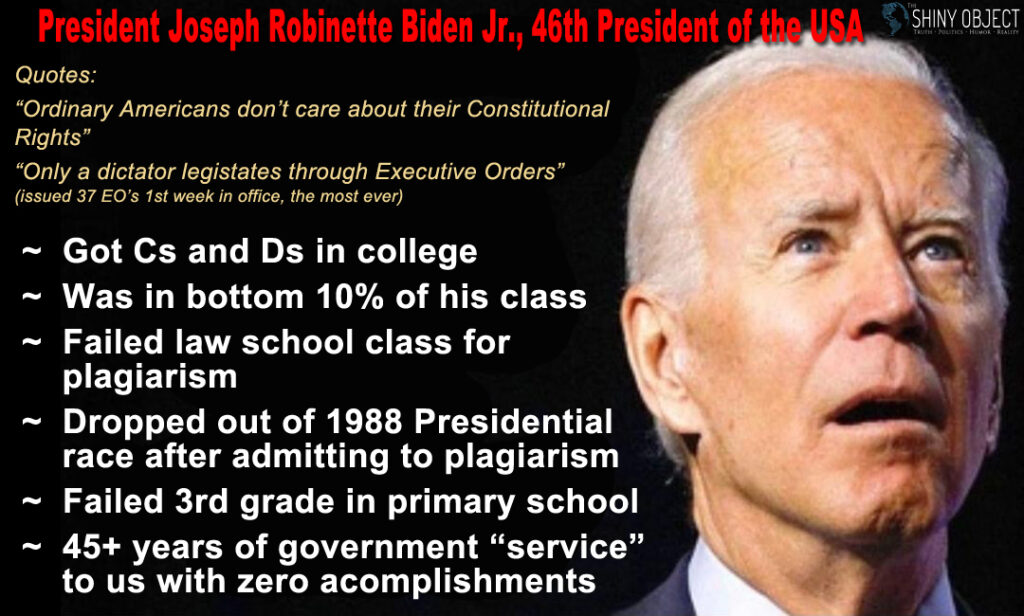 Ah yes, another day in Bidenland, a land of ubiquitous Unicorns, Rainbows, and Sugar Sprinkles, according to the President’s press secretary, i.e. head liar, whichever one they trot out this week. Everything is good. Inflation is good. Open borders are good. Unfettered illegals by the millions are good. Killing babies by the millions is great! Impeaching Trump is good.

It starts the same as most other days in Bidenland. At 8 am the President crawls out of his crib, and they change his diaper and dress him. At 8:30 am he is given his hot choccy and pudding, and when he looks somewhat coherent around 8:55, they’ll ready him and trot him out at 9:15 am where he’ll make a quick appearance in the fake oval office set. There he will regale us with another rambling and wholly uninspirational meandering of words blaming Putin, Trump, and the Republicans for the inflation, which will last an eternity in Bidenspeak, 3 minutes.

Everyone understood the “Putin Price Hike”, “Impeach Trump” and “Republicans Are To Blame” for everything part, but the rest was incoherent babbling from an infantile, mentally deranged fake President.

At 9:25 am shuttle him back across the street to the White House, where at 9:40 am they’ll put a “lid on” his activities for the day and he’ll go back to his crib and enjoy his 2nd dose of pudding. It was an exhausting 90 minutes for the President. He actually had to get up, dress, eat pudding, and then read the teleprompter for nearly 2 minutes, which of course he couldn’t do without going rogue on his handlers again.

With a schedule like that, it’s no wonder he looks worn out, frazzled, angry, confused, and lost. He’s got a lot on his plate.