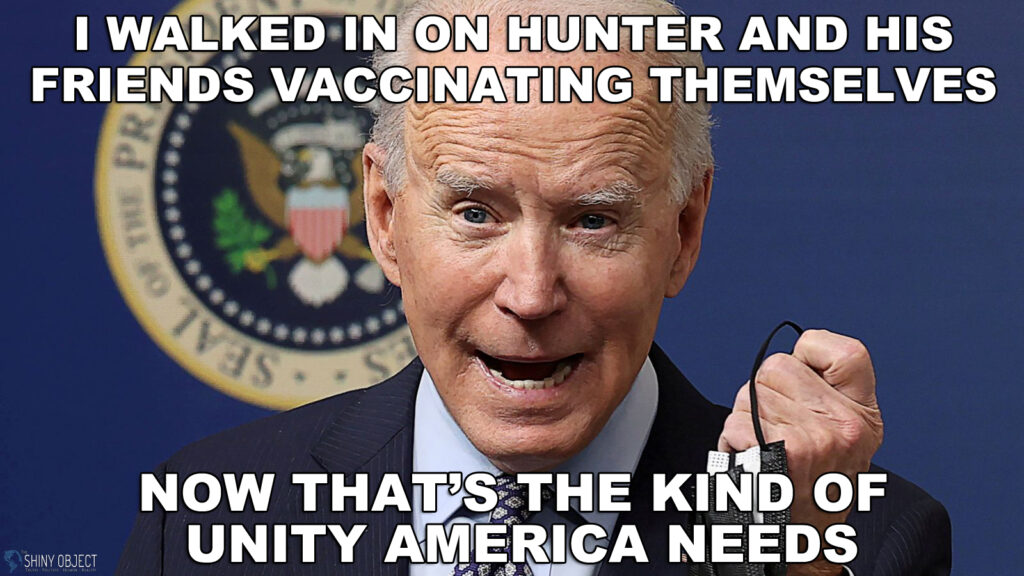 President Biden truly believes that the problem is you, the Republicans, corporations, Putin, etc. that have created this financial crisis. It has nothing to do with his policies, period, end of story.

President Biden opined “I think our policies help. Not hurt,” when asked by reporters if he accepted responsibility for the inflationary problems. “The vast majority of the economists think that this is going to be a real tough problem to solve, but it’s not because of spending,” he claimed.

So printing and giving away trillions of dollars didn’t have an effect on inflation in the US. I don’t know what economist told Pres. Biden that but they should be drawn and quartered for that idiotic assessment.

On Tuesday Biden again delivered another speech from the White House where he blamed Putin, Trump, Republicans, and everybody except for himself and his administration for the rapidly rising inflation that is suffocating Americans.

He was asked at one point why he thought Americans blamed him for rising costs. The President admitted that even though the Democrats enjoyed power in all three branches of government that inflation was “really complicated”.

He rambled on at this point blaming everyone but himself, which is the only thing he is consistent at other than rambling incoherently and filling his diaper.

“Right now it’s confusing. There’s a war in Ukraine and they’re scratching their head,” Biden said about us, the American people.

“Most people, the vast majority of Americans are hoping that their government just takes care of their problem and they don’t have to think about it in detail at the kitchen table.”

Biden continued by saying the “average person” doesn’t understand why prices are rising and that he sympathized with their situation, “Look I know you gotta be frustrated. I know. I can taste it,” he said.

And then the inevitable, the Blame Game! Biden proceeded to lambast the Russian President, Vladimir Putin and his “Putin Price Hike”, those evil, wicked, mean, and nasty “ultra MAGA” Republicans for not jumping onboard the Biden Infrastructure Gravy Train, and all those large greedy American corporations for price gouging and supply snafus.

The president, never missing an opportunity to malign or denigrate a (R) said Sen. Rick Scott (R-FL) was from Wisconsin and said the senator “has a problem” when told about Scott’s call for him to resign. “Resign? That’s a good idea,” Biden replied sarcastically.

Biden insisted that his “top domestic priority” is inflation.

He mentioned his old talking points of how he’s released oil from the strategic reserves, put price caps on insulin, offered gov’t. subsidies to make buildings more energy-efficient, and is shifting American energy production away from fossil fuels to green energy sources.

He did get one hard question during the back and forth. He was asked how long he expected the rising inflation to last, and Joe being Joe replied, “I’m not going to predict that.”