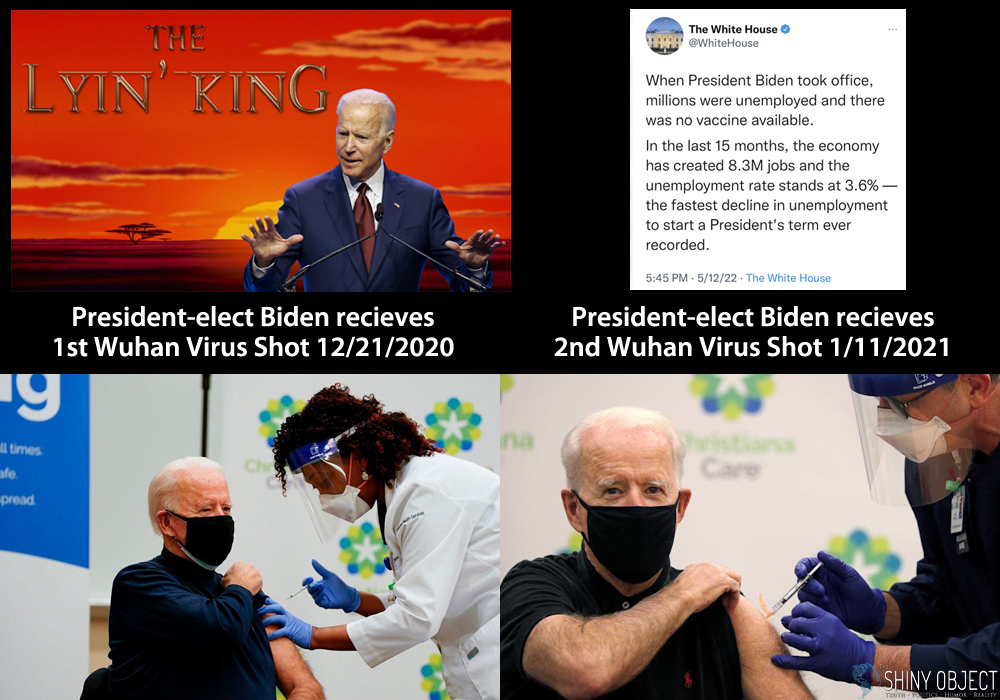 Today Biden, or his White House, tweeted: “When President Biden took office, millions were unemployed and there was no vaccine available…”. What a gaggle of liars at 1600 Pennsylvania Ave. in Washington, D.C. They lie when they don’t have reason to lie. They are rewriting history before our very eyes.

We have photos of Joseph Robinette Biden Jr. receiving the first Wuhan virus vaccine on December 21, 2020, before his inauguration, and of him receiving second vaccination January 11, 2021, also before his inauguration, when he now says that there was no vaccine available. By the way, Donald Trump was President when Biden received both of his Wuhan virus vaccinations. Biden had nothing to do with anything about it except locking down America like a bunch of rabid dogs.

So again Biden and his White House are blatantly lying, and think that you, the American people, are so stupid that you can’t remember this from less than 1½ years ago. The really sad part is that the media is reporting it as factual and Twitter hasn’t removed it, even though there are tons of evidence that Biden and the White House are lying.

Why don’t you try posting a falsehood about Biden and see how fast it’s taken down and you’re given a ‘time out’ to reflect upon your ideological mistakes. But the White House can tell a whopper of a lie and is not only given a pass, but they are trending it!